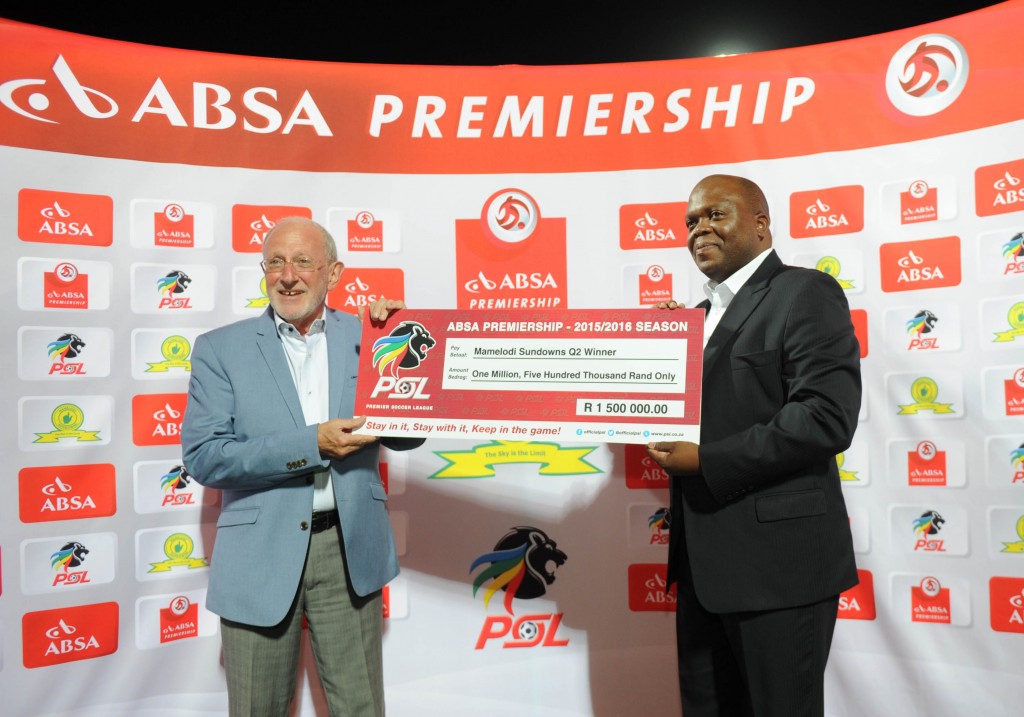 The clubs will pocket R1, 5 million each for their achievements.

Quarter One:
Bidvest Wits won Quarter One with 20 points from eight (8) matches. They were followed in second place by Mamelodi Sundowns with 16 points from the same number of matches. SuperSport United and Kaizer Chiefs occupied third and fourth spot with 15 points.

Quarter Two:
Mamelodi Sundowns won the Absa Premiership Quarter Two with 17 points from seven (7) matches – having won five matches.
They were followed by Ajax Cape Town in second place with 15 points from the same number of fixtures. SuperSport United and Maritzburg United were third and fourth – 13 and 12 points.

Since the introduction of the Q-innovation, a team had to win at least two quarters to lift the Absa Premiership trophy.

With that in mind, Wits and Sundowns are odds on favorites to lift the trophy this season.