Bidvest Wits forward Phakamani Mahlambi has been withdrawn from the Burger King-sponsored South African U20 Men’s National Team due to a hamstring injury he sustained while training with his club. 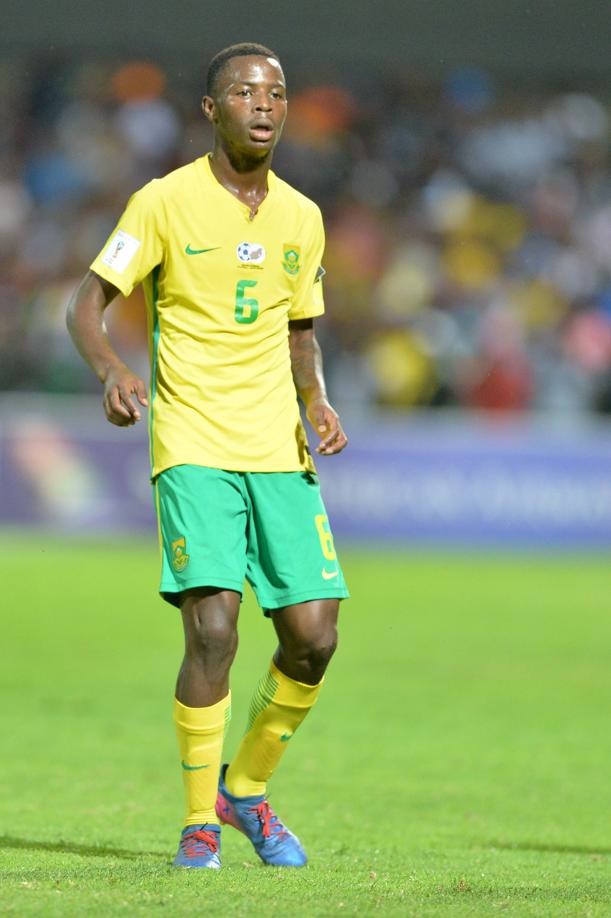 His place has been taken by Ajax Cape Town defender Sirgio Kammies, who is expected in South Korea tonight (Wednesday, 17 May).

As per the FIFA rules for the tournament, no player can be replaced in the squad without proof of an injury.

“Judging from the evidence revealed by the Ultrasound film that has been sent by Mahlambi’s club and has been forwarded to the FIFA Medical office, the player’s injury is very significant and unfortunately can’t be managed before any of our World Cup games. Surgery would be a better option to enhance recovery however, he will still not be ready for this World Cup Tournament and it is for this reason that he has been withdrawn,” said Dr Thulani Ngwenya, the SA U20 Team Doctor.

“A player listed on the final list may be replaced by a player from the provisional list only in the event of serious injury up until 24 hours before the kick-off of his team’s first match. Such replacements must be approved in writing by the FIFA Medical Committee upon receipt and acceptance of a written detailed medical assessment in one of the four official languages of FIFA. The FIFA Medical Committee will issue a certificate stating that the injury is sufficiently serious to prevent the player from taking part in the final competition. Upon approval, the association shall immediately nominate a replacement and inform the FIFA general secretariat accordingly (including all the specific player information listed in art. 28 par. 3). The replacement player must be assigned the shirt number of the injured player being replaced.”

“It is very unfortunate that Phakamani can’t be with us but we have to forge ahead. We would like to wish him a speedy recovery. This has also given us a chance to re-evaluate our squad, so we decided to call up Sirgio Kammies so as to add numbers to our defence because we feel that we have enough strength in attack,” said Amajita Head Coach Thabo Senong.

“Kammies was part of the team’s preparations prior to the U20 AFCON tournament in Zambia earlier this year as well as the World Cup, so he knows the team and how we operate. Obviously it will take him a few days to adapt to the different time zone and weather conditions but we will monitor him daily and see how he performs at training.”

There are three days left to the kickoff of the 2017 FIFA U20 World Cup. South Africa will start their campaign on Sunday, 21 May against Japan in Group D.