Bidvest Wits and Kaizer Chiefs will write another chapter in their extensive cup history when they meet in the semi-finals of the Telkom Knockout at Bidvest Stadium on 18 November 2017, kick-off at 15h30. 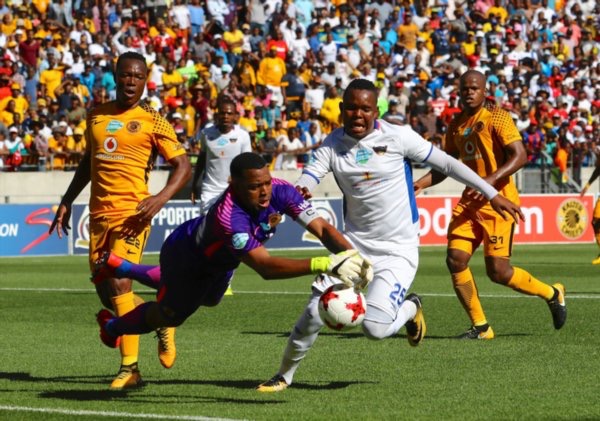 Bidvest Wits and Kaizer Chiefs have met in no less than 28 cup matches since 1985: the Soweto side have claimed 14 wins in the rivalry compared to seven for the Johannesburg side (who have also side claimed four victories via a penalty shootout).

The teams’ last cup meeting was in the 2014 Nedbank Cup semi-finals, where the match ended 2-2 before Wits went on to win via post-match spot kicks, while the pair last crossed swords in the Telkom Knockout back in 2012 in a match which saw the Clever Boys claim a narrow 3-2 win.

Overall, the teams have met in 91 matches across all competitions since 1985. Chiefs have claimed 45 wins compared to 19 for Wits, while 27 matches have been drawn.

The teams have met once already this season, playing out a 1-1 draw in a league clash back in September. Siphiwe Tshabalala opened the scoring for the Amakhosi, but the Clever Boys hit back late on through Amr Gamal.

Bidvest Wits earned their place in the semifinals thanks to victories over Free State Stars (4-2 after extra time) and Baroka FC (1-0) in the last 16 and quarterfinals respectively. The Clever Boys are two-time League Cup champions, claiming the trophy in 1985 and 1995, and will fancy their chances of a first title in the Telkom Knockout era if they can overcome the Soweto giants.

Chiefs, meanwhile, overcame AmaZulu (3-0) and Chippa (1-0) in the last 16 and quarterfinals respectively to claim a place in the final four of the 2017 TKO. The Soweto giants have won a record 13 League Cup titles (three of them in the TKO era), though their last triumph was in the 2010/11 season.

The winners of this match will go on to face either Polokwane City or Bloemfontein Celtic – who meet at the Old Peter Mokaba Stadium on Sunday, 19 November – in the final next month.

Tickets are available at TicketPro at R40.