Ernst Middendorp and Daniel Akpeyi hav been voted the Absa Premiership Coach and player of the Month respectively after Kaizer Chiefs managed four straight wins in the September/October period. 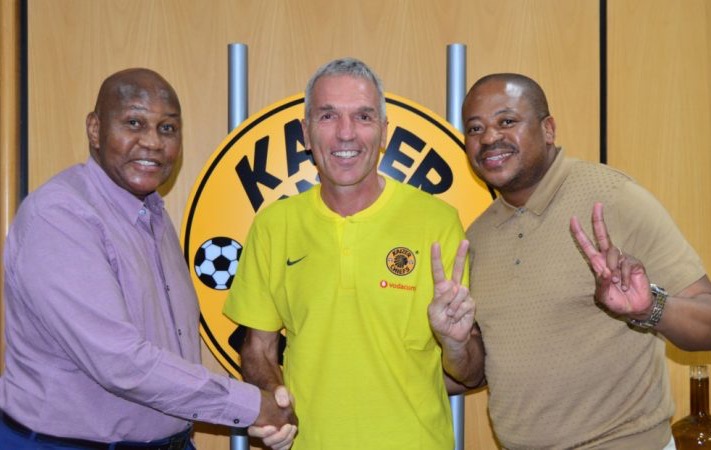 During the voting period, Middendorp’s men performed admirably, recording four victories over AmaZulu, Baroka FC, Lamontville Golden Arrows and Mamelodi Sundowns. In the process, they collecting an impressive 12 points out of a possible 15. The impressive Amakhosi have also scored seven goals and conceded one. The coach has been praised for having brought back the competitive spirit into the Kaizer Chiefs side and turning them into a difficult team to beat; both home and away this season.

Daniel Akpeyi, Kaizer Chiefs’ number one goalkeeper since the start of the season, was awarded with the monthly individual player award for September/October – his first since he started playing his trade in the Absa Premiership in 2015. The Nigerian international has used his experience to bring stability to the Amakhosi defence, keeping four clean sheets in the five games.

The judging panel heaped praise on Akpeyi for having improved key elements to his game such positioning, communication and shot-stopping.

Other players that impressed the judges for this period included on-form AmaZulu striker Bonginkosi Ntuli and Lebo Manyama, also from Kaizer Chiefs.

For winning the monthly awards, the Chiefs duo will each receive R5 000 from Absa, proud sponsors of the Absa Premiership.