Swallows FC coach Brandon Truter and talisman Ruzaigh Gamildien have been named the DStv Premiership Coach and Player of the Month award winners for December/January respectively. 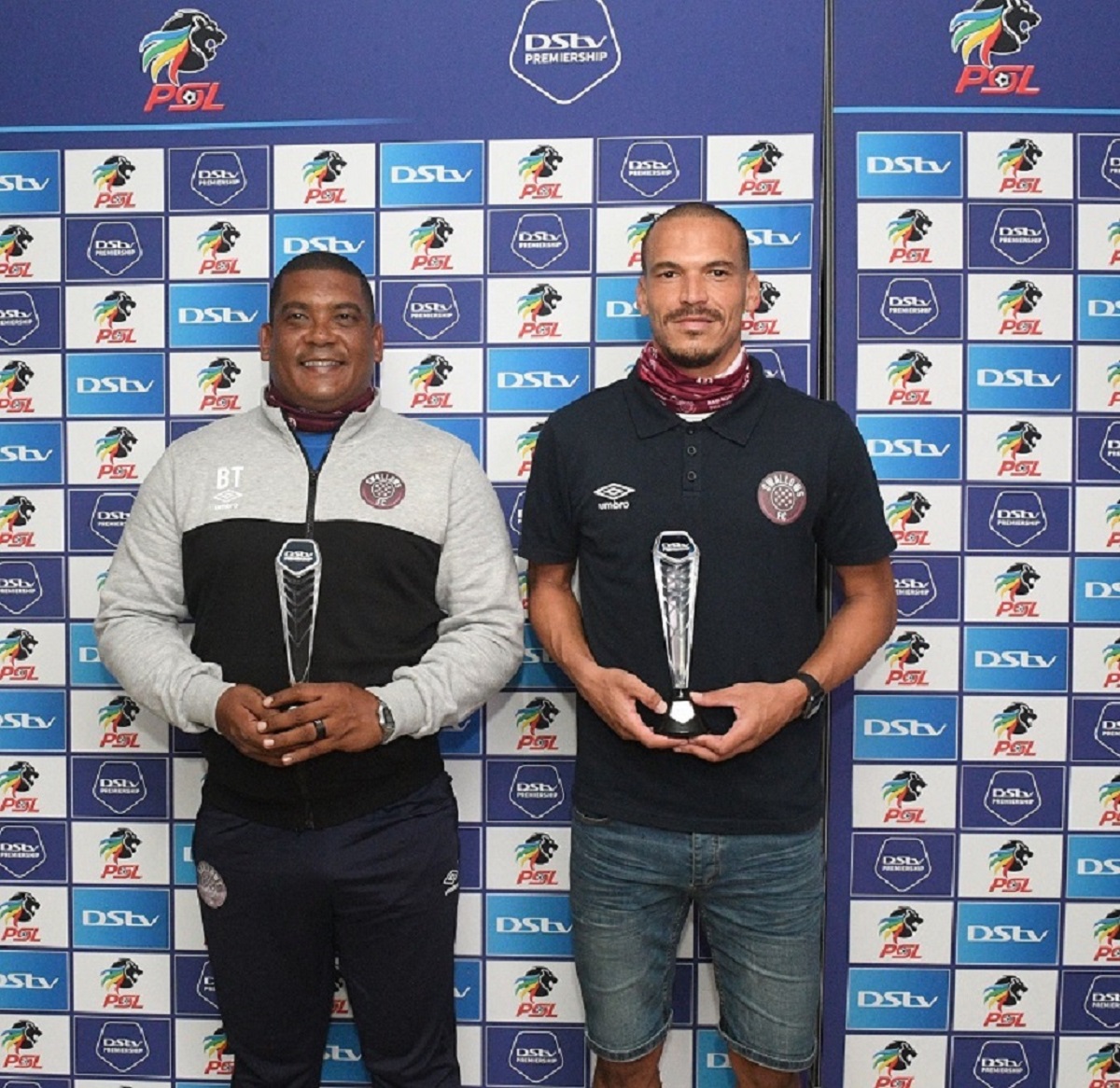 Truter has led his Swallows team to an impressive start to the 2020/21 DStv Premiership and are yet to lose a match after 11 games.

DStv Premiership judging panel for the awards praised Truter for “showcasing an exciting brand of football with Swallows as well as creating unity by combining a group of talented youngsters with experienced players at his disposal.”

In the period between 5 December and 10 January, Swallows FC won three games (Maritzburg United, Black Leopards and Cape Town City) and drew twice, including an impressive come-from-behind victory away in Thohoyandou at Leopards.

Gamildien was chosen as the best player during this period owing to his consistent display in attack for the league’s new-boys. He scored five goals including a brace each in victories over Maritzburg United and Cape Town City.

Truter and Gamildien edged fellow colleagues in Mamelodi Sundowns’ Manqoba Mnqgithi as well as SuperSport United duo of Kaitano Tembo and Bradley Grobler, who were also hugely praised for the outstanding job they’ve done for their sides during this period.

For their recognition, Truter and Gamaldien will each receive a trophy as well as R7, 000 courtesy of league sponsors, DStv.