Ajax Cape Town have confirmed the appointment of former Santos coach Boebie Solomons as an assistant to Stanley Menzo and further changes in the technical team. 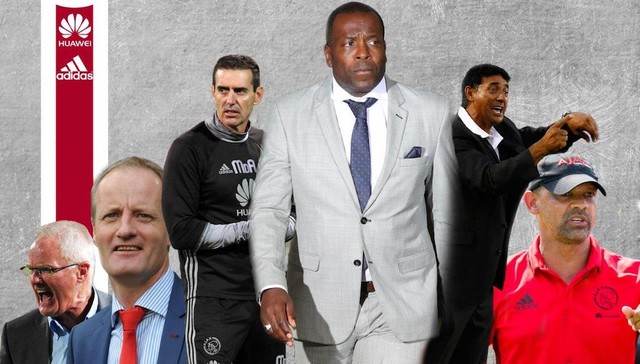 Solomons joins The Urban Warriors from National First Division (NFD) side FC Cape Town where he served as a Technical Director for a couple of months.

He replaces Mich d’Avray who has been appointed as the Head of Football. D’Avray will now be responsible for all football related matters at the club.

Ajax CEO Ari Efstathiou reckon Solomons’ knowledge of the local game will be helpful to the Head coach Stanley Menzo.

“Boebie brings a wealth of experience required to assist Stanley in terms on knowledge about the local game.

“He is well travelled, a Capetonian with a great resume and will bring valuable experience to our stellar coaching team.” Said Efstathiou

The former goal-scorer guided Young Ajax on a successful trip of the Netherlands earlier this month with the U19’s well and truly turning heads in Terborg and Amsterdam.

The rest of the technical team is made up of Hans Vonk as Head of Youth and former Ajax Cape Town head coach Foppe de Haan as an advisor. De Haan will oversee all Youth aspects at the club to help nurture and educate not only the players in our youth academy, but also the Urban Warriors Youth Academy coaches.

CEO Efstathiou added that it was always the club’s vision to put a quality technical team together.

“It was always our vision to bring this quality technical team together and if we look at this team in terms of number of years of experience – different leagues and country’s – we have a selection of widespread views and opinions, a fantastic bunch of personalities to lead this club to success,” Efstathiou concluded.