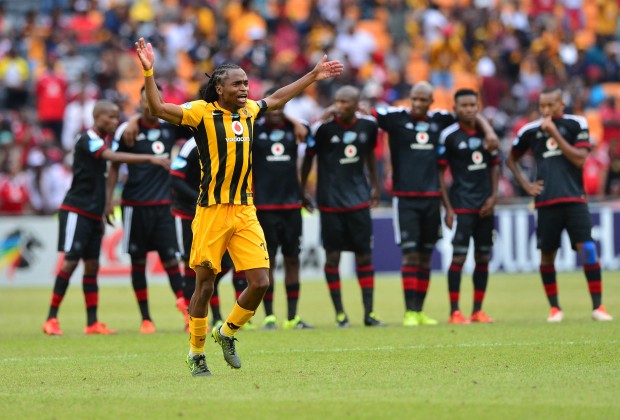 The journey to the PSL Awards starts today, as the voting for the Absa Premiership Goal of the Month opens to football fans and the public.

Voting is now open on www.PSL.co.za

Absa, sponsors of the Absa Premiership, together with the Premier Soccer League, today re-launched this exciting and much-talked about category in the monthly recognition awards.

Introduced for the first time last season, the award saw power being taken away from the panel of judges and given to the football supporters and members of the public in general in deciding the winner for the Absa Premiership Goal of the Season. Siphiwe Tshabalala from Kaizer Chiefs was the first recipient of the award last season.

Mtunzi Jonas, Head of Sponsorships at Absa, said: “This concept that sees fans voting for their favourite goal is one that has been implemented across many leagues globally and as far as at FIFA, which involves fan engagement. As Absa, we seek to use this opportunity to involve and engage more with the football fans and continue connecting them with their passion of the beautiful game.

“We are continuing with our strategy of allowing South Africans to do life better. We are allowing football fans to do football, just better by voting for their Goal of the Month and ultimately the Absa Premiership Goal of the Season later on in the 2017/18 season,” he added.

There were plenty superb Absa Premiership goals scored during this period, starting back from the opening weekend of the season and fans help chose the winner from the shortlist of 10 best strikes.

Each of the goals selected during the monthly voting will go towards the list of goals that will be voted for the Absa Premiership Goal of the Season at the end of the season.
Football supporters can now vote for the Goal of the Month for August/September 2017 and stand a chance to win many prizes including a jersey of their favourite PSL club.

All these 10 goals from August/September are now available online for voting….
How football supporters and the public vote:
1. Go to www.PSL.co.za and find the Goal of the Month voting section
2. Click there – and fill the form below (it will require your name and surname)
3. Then you can cast your vote for each month
4. You are automatically entered into a competition – monthly competition.
5. We also have two grand prizes for the end of the season – but you need to start voting now to be in the mix
Absa Premiership Goal of the Month: Rules
• The Award is bestowed upon a player whose goal has received the most number of votes from the online voting poll
• The judging period will be aligned to the Player/Coach of the month judging period (four fixtures)
• All the goals selected will go towards the End of the Season Judging Voting process
• Any dispute arising from the voting shall be reviewed and resolved by the PSL at its sole discretion