A solitary goal from Tiisetso Makhubela was enough to hand Banyana Banyana a 1-0 win over Zambia and be crowned the champions of the 2019 COSAFA Women’s championship. 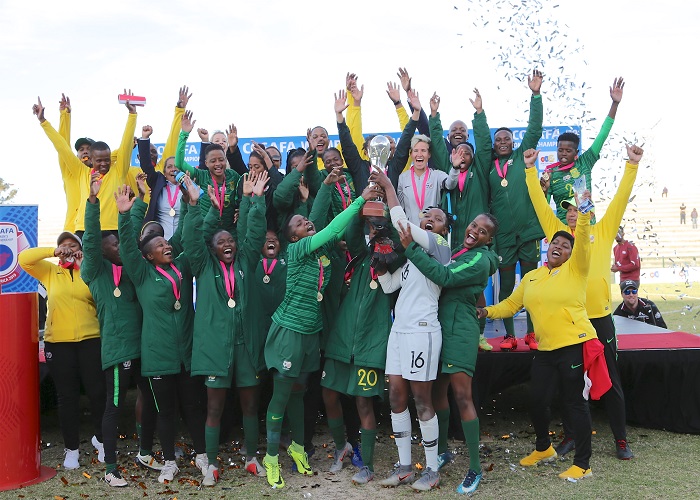 “I thought we made it difficult for ourselves. We score early on and we had few opportunities, one got ruled for offside. We created so many chances but did not take them. Ode [Fulutudilu] came on, got a chance that could have sealed the game…then, it became a battle when they got into the game more and more. We showed we can play football but we also showed if we need to grind, we can grind. We made it very difficult for ourselves but in the end, it was well deserved.” Ellis said.

Ellis says that COSAFA championship was about giving players who did not play during the 2019 France World cup a chance.

“If you do not do well, you do not get results then you are open for criticism and I think that helps the team grow. We come to COSAFA and we give a lot of players’ opportunity who were part of the World cup but did not play so they gain experience. You bring in new players and some players back who were not part of the squad and they get more experience. That can only do well for our national team going forward. Ellis added.

“We needed to come here, especially coming from the World cup and everyone looking at Banyana Banyana, we needed to show the lessons we learned at the World cup. And I thought we showed a lot of lessons throughout this tournament, we did not panic when things did not go our way, and we stayed true to who we are. We tried to keep the intensity up and got the victory in the end.”