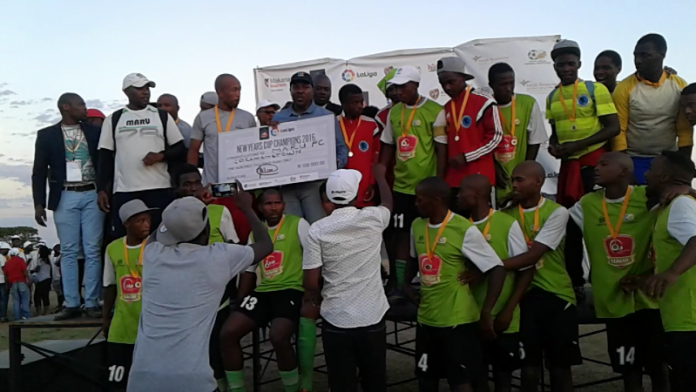 The newly crowned champions of New Year’s Cup Maru football Club are in order. Their performance throughout the tournament has shown their dedication and seriousness in winning the tournament as the team didn’t lose any game starting from the group stages. It has been quiet a very great and inspiring experience for the aspiring soccer stars. 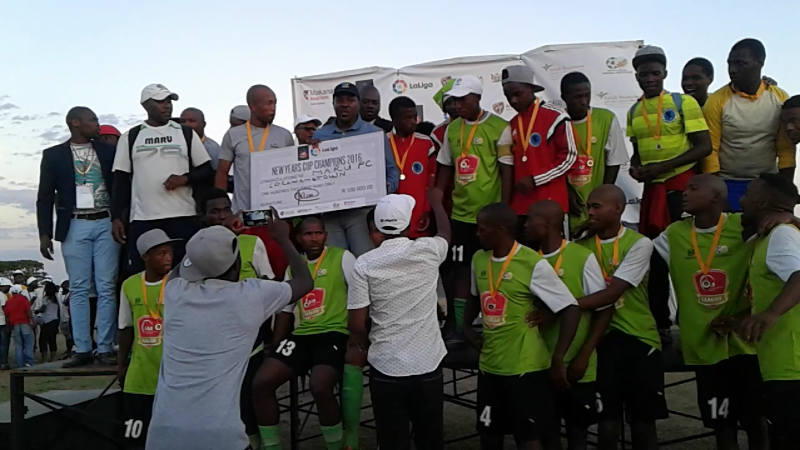 we started the game very well but within 15minutes we had lost the game, It was really nerve racking for the players as it was our first time playing in front of our supporters who come in numbers to support us but in all I was quite impressed by the performance of the boys throughout the tournament, said Bongani Lombo the coach of team. While the Captain, Andile Bobotyani said it was extremely difficult especial in the first half as the opponent was attacking with a high and fast pace. After the break we come with a different approach that worked for us and we managed to score a goal and defended the goal  until the last minute of the game.

The sad moments were there for Amavarara FC as they lost the game after being the only team that conceded the least goals throughout the tournament. Mzunani Mgwigwi who is the coach said, He is very proud of the boys and extremely happy that they managed to get as many games as they can as they ended up in the last game of the tournament even though their last game didn’t end as planned but it was just a learning curve for the boys as we are not good nor better but we are trying. The Captain, Victor Ntsane said He is hurt but at the same time excited for reaching the finals even thou they lost.

It has been a very captivating platform in all stages of the game, where rare talent has been shown off. It all started with the top 32 teams where all teams fought tooth and nail through playing football of high quality to secure a spot to the next round until the last two teams who were standing for the Final game. In each and every game that was played emotions were there. Sad and happy moments continued unfolding until the end of the last day of the last match.

The goals that have been scored throughout the tournament clearly manifest that the games were played were lit. In 63 games, 122 goals were scored .Amavarara FC being the only team that has conceded only two goals throughout the entire tournament, which proves that the football that was played was lit.

The teams that made it to the top four: Fairfield hunters FC from Umtata, Maru FC from Grahamstown, Young Chiefs from Alice and Amavarara FC from Queenstown. Even in this stage, sad and happy moments unfolded as only two teams survived to fight for the title of being champions of 2016.Amavarara and Maru FC will be battled for the 1st prize and Maru FC won with one goal while Fairfield hunters and Young Chiefs fc battled for the 3rd prize and Young Chiefs won with one goal. The champions of the tournament walked away with R100 000 and Gold Medal, 2nd prize R50 000 and Silver, 3rd prize R25 000 and Bronze and 4th prize R20 000.

There is a New Years Cup Eleven players that were selected to participate in a number of games against NFD and PSL teams during their breaks. The player of the tournament will jet off to Spain for two weeks camp in April.

The New Years cup tournament targets the rural Areas as they are the most areas that need football development even the financial back up. New Years cup aims in rescuing the young talented boys who don’t get a platform to expose their talent.