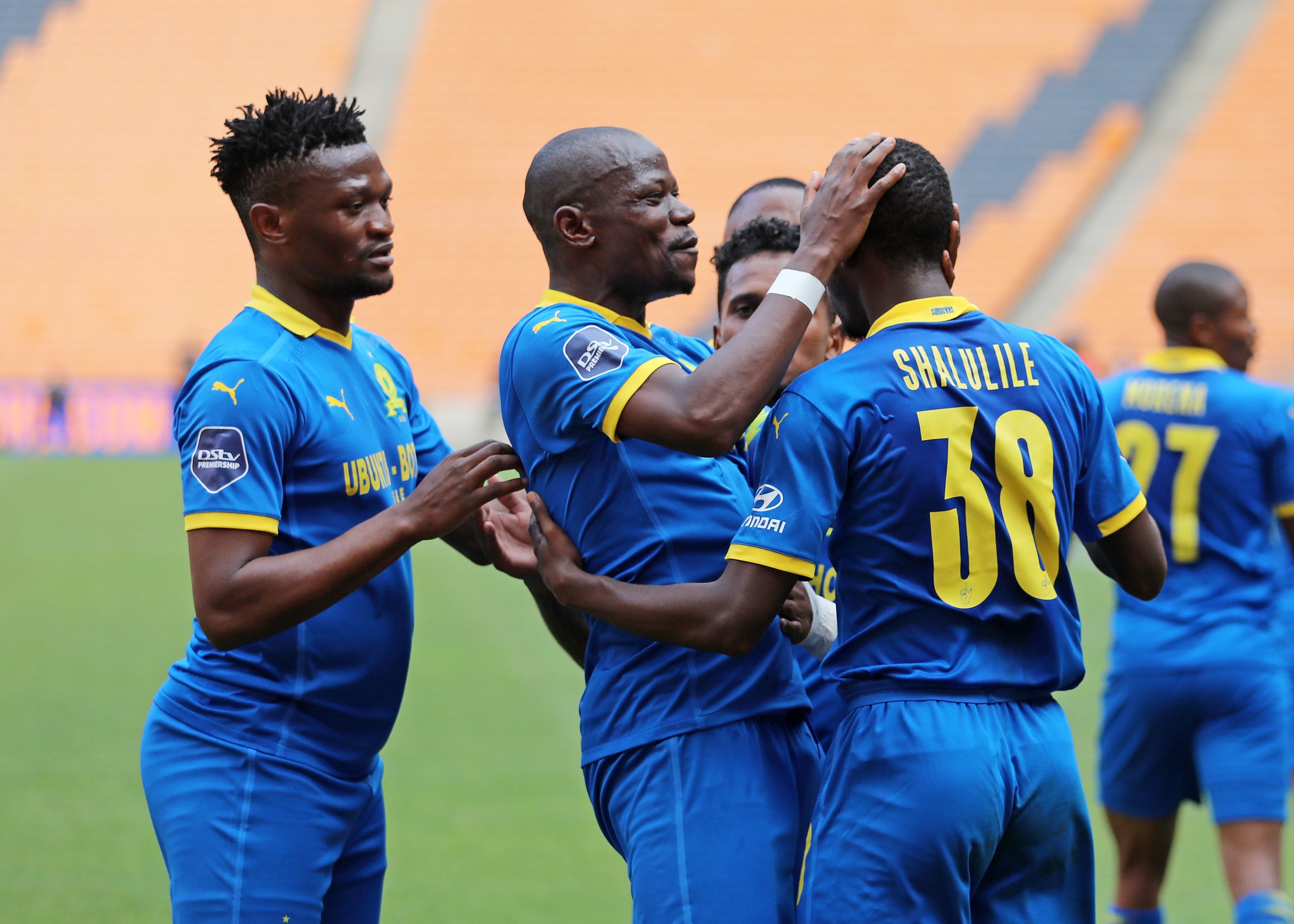 Mamelodi Sundowns started their defence of the league champions with a comfortable 3-0 win over last season’s runners-up Kaizer Chiefs in a DStv Premiership clash at the FNB Stadium on Saturday afternoon.

Goals from the new recruits Peter Shalulile and Kermit Erasmus as well as a penalty from Themba Zwane were enough to give the Brazilians an easy win over Gavin Hunt’s Amakhosi.

Chiefs started the game better than Sundowns with Billiat drawing a save from Dennis Onyango inside the opening five minutes.

Shalulile opened the scoring with his shoulder in the 37th minute after a mistake from Itumeleng Khune who misjudged a corner kick.

Erasmus made it 2-0 in the 54th minute before Zwane converted a penalty in the 89th for a third goal.

Chiefs had a chance to score a consolation goal but young Keletso Sifama missed an open net with Onyango diving the opposite way.

Baroka FC opened their DStv Premiership campaign with a 2-1 win over Maritzburg United at Peter Mokaba Stadium on Saturday afternoon. Goals from Richard Mbulu and Nhlanhla Mgaga in the 10th and 57th minutes were enough to give Bakgaga a win beside Ali Meza pulling a goal back in the 85th minute for Maritzburg.

Bloemfontein Celtic and Golden Arrows opened their DStv Premiership campaigns with a 1-1 draw at the Dr Molemela Stadium on Saturday afternoon. Abafana Bes’thende led 1-0 at halftime from Ntsako Makhubela strike after 16 minutes before Victor Letsoalo levelled matters with an hour gone.

AmaZulu FC were held to a 1-1 draw by Orlando Pirates at the Jonsson Kings Park Stadium on Saturday night. Gabadinho Mhango converted a controversial penalty 18 minutes into the game to give Pirates the lead before Lehlohonolo Majoro scored from a rebound of his own saved penalty to make it 1-1 in the 33rd minute.

Chippa United fought back to hold Cape Town City to a 1-1 draw at the Cape Town Stadium on Saturday evening. Mduduzi Mdantsane scored in the 22nd minute for City before Augustine Kwem made it 1-1 in the 53nd minute.

Bradley Grobler scored twice as 10 men SuperSport United secured a 2-0 win over Black Leopards in the inclement weather delayed DStv Premiership match at the Lucas Moripe Stadium on Saturday night. Grobler opened the scoring in the 25th minute before making sure of the results with a goal in referee’s added time.

Newcomers Tshakhuma Tsha Madzivhandila and TS Galaxy played to a 1-1 draw at Thohoyandou Stadium on Sunday afternoon. Bevan Fransman made it 1-0 to Galaxy with a header from a corner kick in the 45th minute before Mogakolodi Ngele also scored with a header in the 54th minute.

Swallows FC held Stellenbosch FC to a 1-1 draw away at the Danie Craven Stadium on Sunday afternoon. Both goals were scored from the penalty spot with Ruzaigh Gamildien converting for Swallows and Robyn Johannes for Stellies in the 16th and 27th minute respectively.