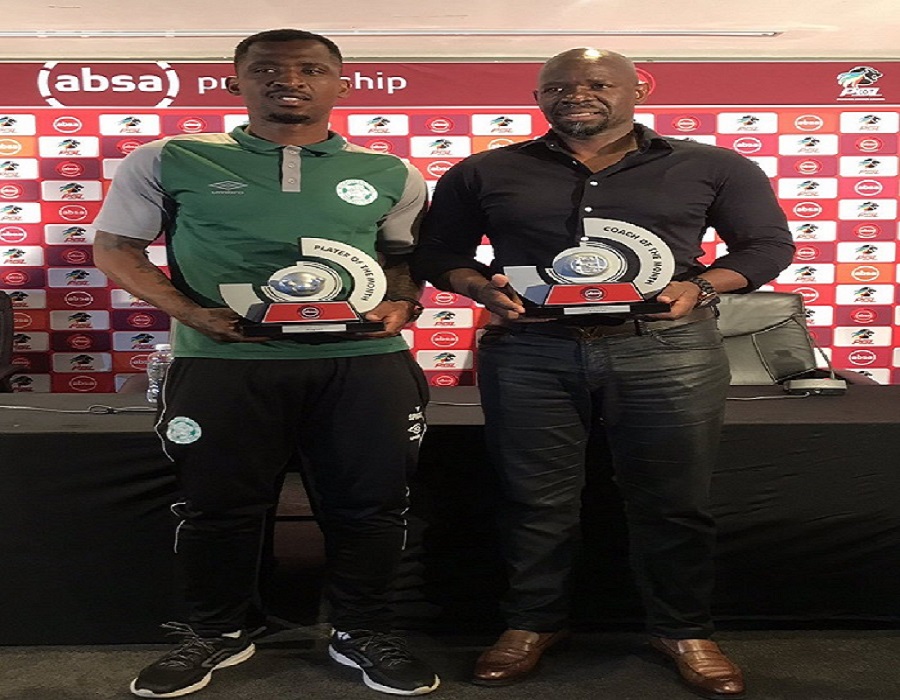 Bloemfontein Celtic Coach Steven Komphela and defender Alfred Ndengane are the Absa Premiership Coach and Player of the Month respectively for the month of August 2018.

Komphela, who joined Siwelele at the beginning of the season after a difficult three years in charge of Kaizer Chiefs, won three consecutive games and before drawing one game which was a brilliant come from behind two-all draw with his former employers.

The Free State-born coach beat Bidvest Wits’ coach Gavin Hunt and SuperSport United’s Kaitano Tembo to win the award which was voted for by a panel of analysts, former players and broadcast media.

It was fitting that Ndengane, the reliable Celtic central defender, won the Player of the Month as Celtic did not concede a single goal in theer first three games.

For winning the awards, Komphela and Ndengane will each receive R5 000 from Absa. As
proud sponsors of the Absa Premiership, Absa congratulates both the coach and player on
winning their respective accolades and looks forward to more entertaining soccer in the
remaining league action for the month of September.