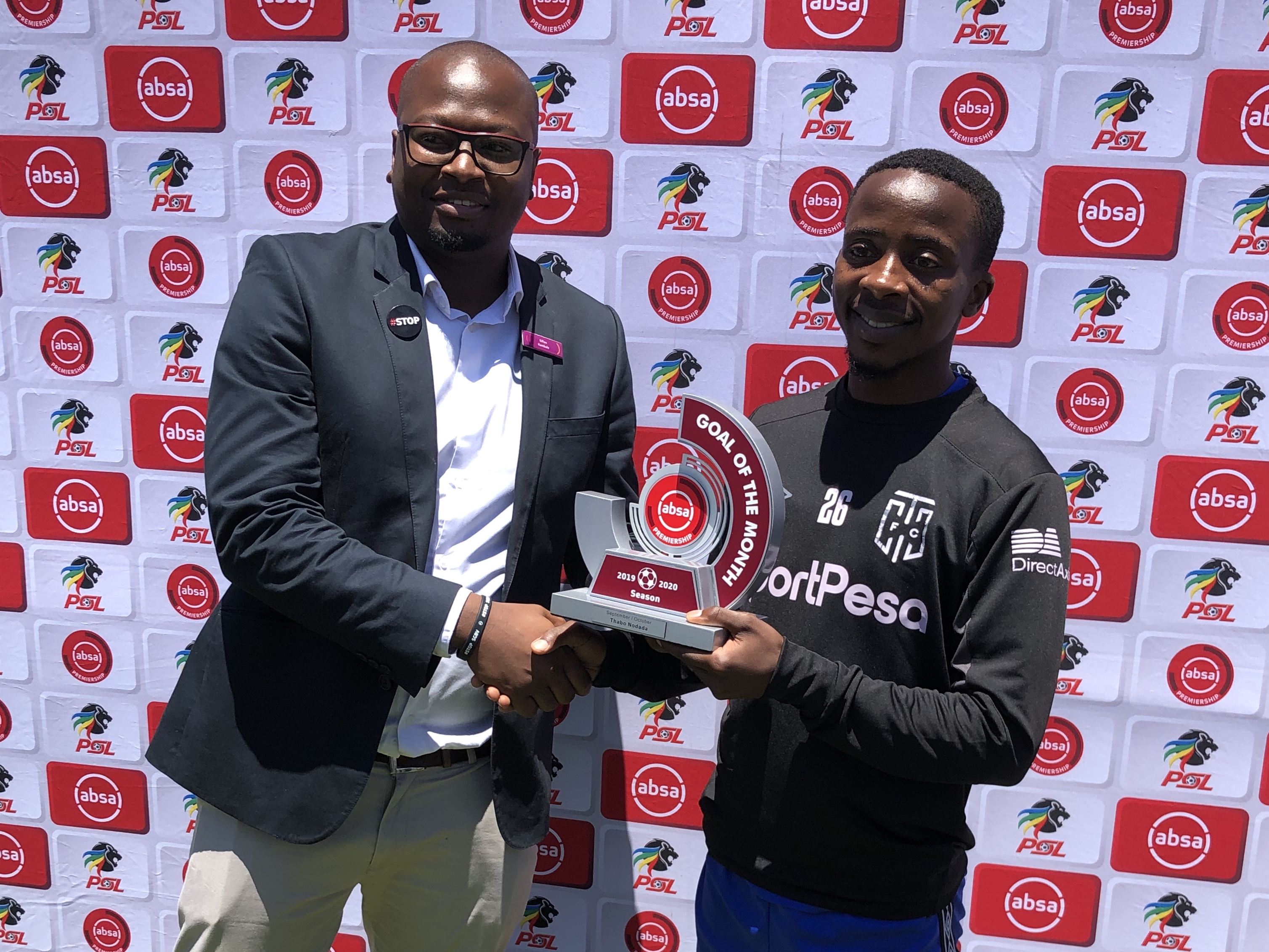 Cape Town City’s Thabo Nodada stunning solo effort against Orlando Pirates in September has been selected as the Absa Premiership Goal of the Month for September/October 2019.

Nodada was today awarded his award at the club training base in Cape Town.

The Cape Town City attacking midfielder picked the ball just off the halfway on the left flank, dribbled past two Pirates players before unleashing a scorching drive past Jori Delle, in a thrilling 3-3 game at the Orlando stadium in September.

Proud sponsors of the Absa Premiership, Absa, continues to reward football supporters that vote for the winning goal during the 2019/20 campaign.

Each of the goals selected during the monthly voting will go towards the list of goals that will be voted for the Absa-lutely Awesome Goal of the Season at the end of the season.