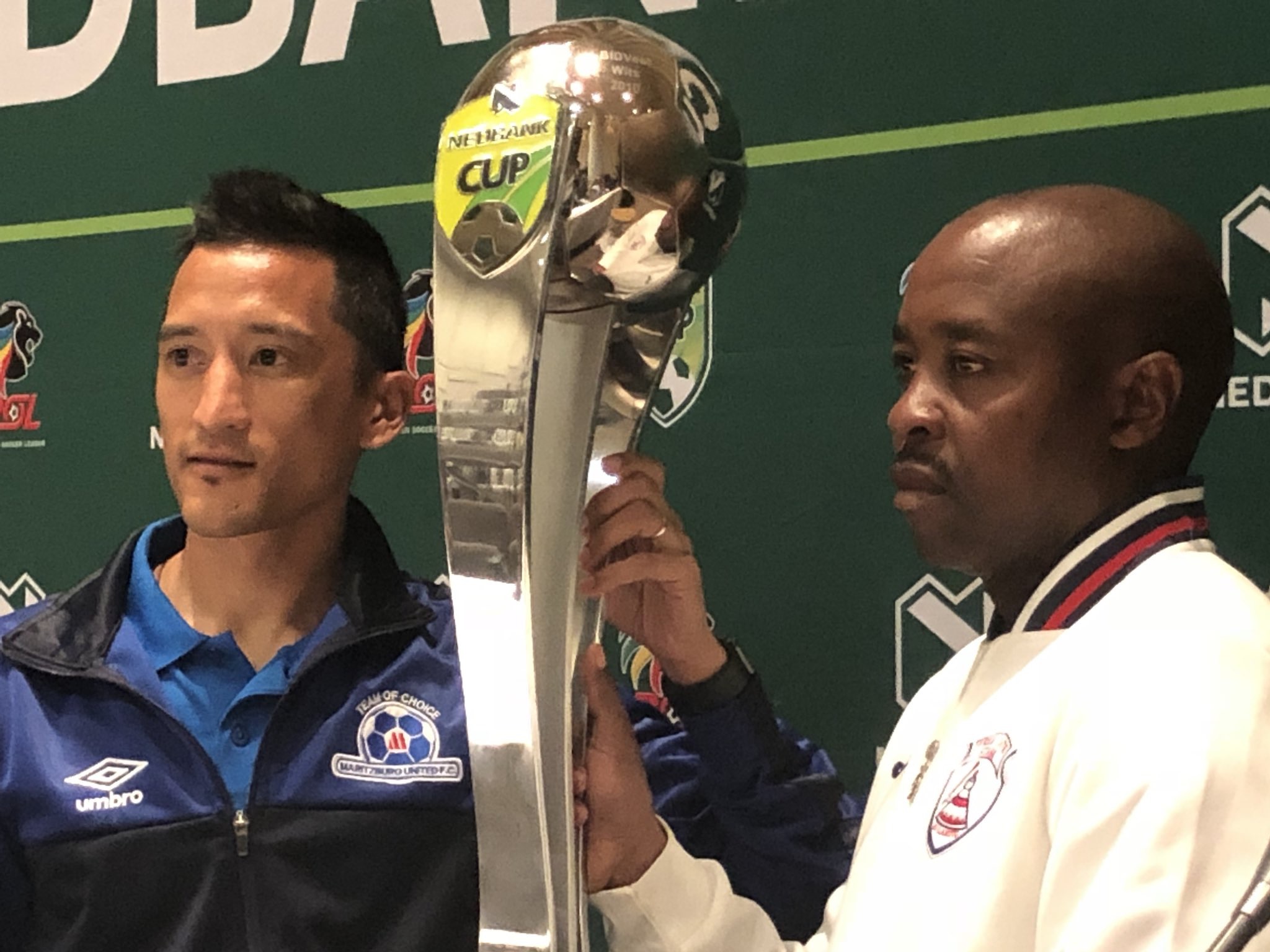 The Premier Soccer League (PSL) is calling on people from in and around Cape Town to adopt one of the two clubs that are going to battle it out for the Nedbank Cup final on Saturday, 19 May 2018. kick-off is at 19h00.

Both Maritzburg United and Free State Stars will travel over a 1 000 kilometres to the Cape Town Stadium where they will play in a historic Cup final – the first appearance by both sides in the Nedbank Cup since inception.

There will be a music concert before the game, starting at 17h00.

PSL Chief Executive Mato Madlala has appealed to football lovers to come enjoy quality football and also adopt one of the two Clubs.

“Fortunately for me, I don’t have to pick between these two quality clubs because they have both played amazing football to be here. But there is an opportunity for the people of the Western Cape to adopt a side and rally behind that club on Saturday. You have many elements on the day including the fact that you have a Cape Town-born Fadlu Davids coaching on his first Cup final in front of his home crowd. And, you have a Free State Stars that have shown a lot of guts to travel this far.

“We need to ensure that people come in numbers and fill the Cape Town Stadium on Saturday evening. We are working closely with both Nedbank and the City of Cape Town to pull all stops ahead of the weekend.” Madlala said.

Nedbank Head of Sponsorship and Marketing Tonie Badenhorst calls on Capetonians to come out and support domestic football.

“The Nedbank Cup has, since inception, been a spectacular showcase of the quality of football prevalent in South Africa.

“We have stayed true to our commitment to take the Nedbank Cup final to the various 2010 FIFA World Cup venues for all to experience the fan fair and excitement that goes with this tournament. We call on all Capetonians to come out on Saturday and support domestic football.” Badenhorst said.

Tickets for the Nedbank Cup final are still available at TicketPro outlets nationwide, including Edgars, Edgars active, Edgars connect, Jet, Jet Mart, Postnet and CNA. They are selling at R40 for adults and R15 for children under 12, and can also be purchased online at TicketPro (www.ticketpro.co.za). The first 10 000 fans to purchase their tickets will each score an extra ticket for free!