South Africa comes to a complete standstill when Kaizer Chiefs and Orlando Pirates meet. That has certainly been the case of past meetings between Kaizer Chiefs and Orlando Pirates in the Telkom Knockout competition, including most recently in the 2010 final. The fierce rivals have been drawn against one-another in the semi finals this year in a fixture that will be played at the magnificent FNB Stadium on Saturday, 7 November 2015. Kick-off is scheduled for 15:00. 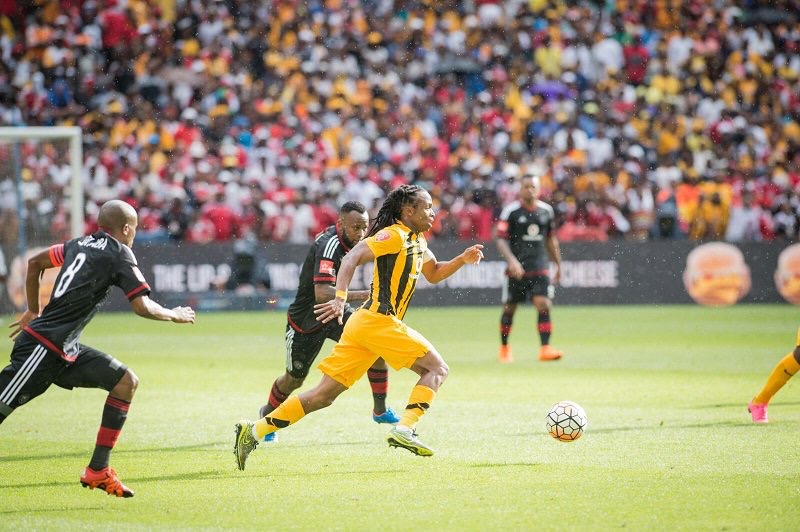 It will be the third time since the start of the Premier Soccer League (PSL) in the 1996/97 campaign that the clubs have met at the Last 4 stage, and a chance for Pirates to exact some revenge for past disappointments. There have been eight previous meetings in the Telkom Knockout competition between the Soweto rivals, dating back to the first in 1983, just one year after the tournament was first played.

Some of those matches have gone down in Soweto Derby folklore for their intensity and entertainment value, with Chiefs edging the head-to-head in this competition with five wins to Pirates’ one, and a further two matches drawn. Fans of the Buccaneers will be desperate for their side to close that gap in this year’s semi finals and keep the club on course for silverware.

The first meeting between the pair in the Telkom Knockout competition saw a lone Jan Lichaba goal seal victory for Chiefs 32 years ago at the semifinal stage.
The very next year they met again in the quarterfinals, with the first game finishing 3-3 in what was a Soweto Derby classic. The game was at the time considered one of the best ever in the history of South African soccer, with a replay needed after the referee decided it was too dark at the Orlando Stadium to take the spot-kicks to decide the tie. Chiefs had led 2-0 going into injury-time at the end of the game, but Pirates netted twice in the dying seconds to force an extra 30 minutes.

Pirates then grabbed the lead in the 116th minute, before Donald ‘Ace’ Khuse equalized for Chiefs. A replay was required nine days later and this time Chiefs hit the front and held on to their lead as they claimed a 3-0 success thanks to goals from Fetsi Molatedi, Marks Maponyane and Moran Khulu. The teams played another classic in the first round in 1992 as Chiefs triumphed 3-2 with Fani Madida grabbing a brace, before they met in a two-legged semifinal in the 1998/99 PSL season.

Pollen Ndlanya (two) and Marc Batchelor helped Chiefs to a 3-1 success in the first leg, before Sibusiso Zuma netted the only goal as Pirates won the return 1-0, but just failed to take the tie on away goals. It would be over a decade before they clashed again in the Telkom Knockout competition and once more it was at the semifinal stage.

This was a much tighter game than previous encounters and finished goalless after 120 minutes, with Chiefs claiming a 3-0 victory in the post-match shoot-out.
The most recent clash between the great rivals in this tournament came that same year, this time in the final.

Sthembiso Ngcobo netted a brace and Siphiwe Tshabalala got the other as Chiefs came out 3-0 winners, the last time they have won this prestigious competition. This year’s semifinal clash will write another chapter in this rich history, with more heroes set to be made in he search for glory.

“We are excited to see how this year’s Telkom Knockout has lived up to its theme of Unlimited Celebration. We have seen fans coming out in their numbers, showing their support and enjoying the exciting football and activations from Telkom. We all supporters to be a part of this history of the 10th edition of the Telkom Knockout” said Telkom’s Senior Sponsorship Specialist, Mr. Braam Wessels.