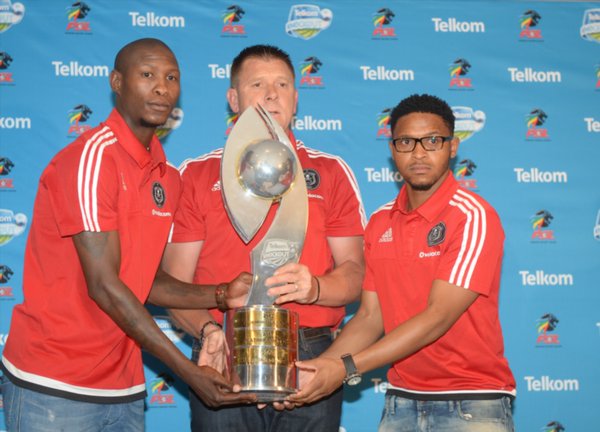 Orlando Pirates Coach Eric Tinkler says he is proud of Ayanda Gcaba’s performance in recent games and that he is now almost the first name in the team sheet.

Gcaba scored the second goal on Saturday when they beat Kaizer Chiefs 3-1 in the Absa Premiership.

“Ayanda has obviously always been put under a lot of pressure. The club basically sat down with him and explain to him that he needs to try and go back to basics -play the game that he knows how to play, play to his strength, which is vitally important. And having a lot of trust and belief in him and I think he feels that hence the fact that he is producing the games that he is.” Tinkler says.

“I am very proud of the performance he is producing, which is something he struggled with in the past. If you go back to last season and season before, Ayanda would come in, play one or two games and then his form would drop. It showed that lack of consistency in his form. That has improved tremendously and he is almost the first name in my team sheet.” Tinkler adds.