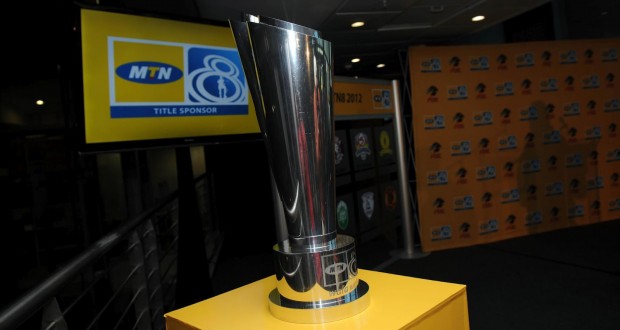 Several innovations mean this year’s tournament will be unlike any other. Football lovers will now be able to control the game through the “OWN THE GAME” fan campaign.

The MTN8 Wafa Wafa tournament is contested by clubs that finished inside the top eight bracket during the 2018/19 Absa Premiership league season. The winning club receives the coveted R8 million prize, while the runner-up and other six clubs get the same participation fee, of R800 000.

Of the teams competing in this year’s tournament, only Orlando Pirates has won it twice, three teams have won it once, namely Cape Town City, SuperSport United, and Bidvest Wits. The remainder of the teams, Polokwane City, Mamelodi
Sundowns, Bloemfontein Celtic and Highlands Park have never lifted the prized MTN8 trophy.

PSL’s Professor Ronnie Schloss said: “The partnership between MTN and PSL has always been about innovation and pushing the envelope for the benefit of the most important stakeholder – the supporter. Through fan engagement initiatives, we have seen a relationship between the two parties that has grown stronger and yielded rewards for both brands. Not only is this competition well supported by the supporters, it is also a commercial success for MTN. The start to the 2019/20 season has shown that we are in for an exciting season of football and we look forward to a thrilling 2019 MTN8 edition.”

MTN knows that fans ARE the game and without them the MTN8 would not exist. For this year’s MTN8 campaign, MTN has kept all the elements that have become synonymous with the success of the tournament and have also introduced new and exciting elements to improve the fan’s interaction with the tournament, during the Wafa Wafa period.

Mapula Bodibe, Executive Consumer at MTN SA says: “At MTN, we live by our “#WeGotU” promise to our customers because we know how important our customers are to us and how important the fans are to the game. This year’s campaign invites fans to “OWN YOUR GAME”, which gives fans the opportunity to be a part of tournament decisions as
the series of matches unfolds, giving fans the power of choice.”

This season will see the return of the popular Last Fan Standing (LFS) Competition – where fans and MTN customers can opt-in by dialling: *144*8#, recharge with R10 or more and then stand a chance to win their share of R8 million in prizes as well as the ultimate LFS prize of R1 million in cash and an opportunity for a fan and his/her partner to go to a
football experience anywhere in the world.

Following its amazing success last year, the MTN8 “Last Journalist Standing” (LJS) competition is back. Journalists will be rewarded through the weekly “Media Online Quiz”. This is MTN’s way to make media part of the MTN8 journey. The LJS winner and partner will also join the LFS winner in the football trip experience somewhere in the world.

As MTN encourages fans to “OWN YOUR GAME”, football fans will get to choose their “Man of the Match” (MOM) for all fixtures. The competition will be run via MTN’s Facebook page which is MTN South Africa and MTN’s tournament Twitter handle which is @MTN8 and fans will stand a chance to win their share of R8 million in prizes. The hashtag will be #MTN8.

The “Moments of Brilliance” (MOB) is another new addition to the 2019/20 Season. A selection of best moments from the block of weekend or weekly matches (quarters, semis and final) will be available online on Twitter using @MTN8 and via Wafa Wafa TV. MTN will select three MOBs in each round of fixtures and fans will be able to choose their favourite or best moment via the Twitter channel. In each round, fans will stand a chance to win their share of R8 million in prizes.

Another exciting addition to this year’s tournament is the ability for fans to “Choose Your Own Prizes” from the R8 million pool of prizes. Winners will be selected and announced from the participants of the MTN8 LFS “Recharge and Win” competition. In addition, the “MTN8 Fantasy League” engagement gaming platform that will allow fans to settle the
debates on the most football-savvy fan, with incredible prizes and the coveted “Last Fantasy Fan Standing” title.

As part of the pre-campaign launch, MTN invited fans to choose their favourite eight Football Legends – from a pre-determined list of 20 legends – who will anchor the 2019/20 MTN8 season and participate in countrywide CSI initiatives, roadshows and the MTN8 Trophy Tour.

And following its successful launch at last year’s tournament, the “Goals for Charity” initiative is back and will again see MTN and the PSL making a R10 000 donation for each goal scored in regulation time, during the tournament.

On game day, MTN subscribers at the stadium will automatically receive 1GB of FREE DATA on their devices for each goal scored at the stadium (excluding penalties) to encourage fans to share their fun moments at the stadium with their friends and family, using their social media platforms.

As part of the tournament’s commitment to giving fans true value for money, ticket prices for all Quarter Final matches will be R40 for adults and R15 for children under the age of 12. This means the MTN8 ticket prices have remained unchanged for the past ten years.