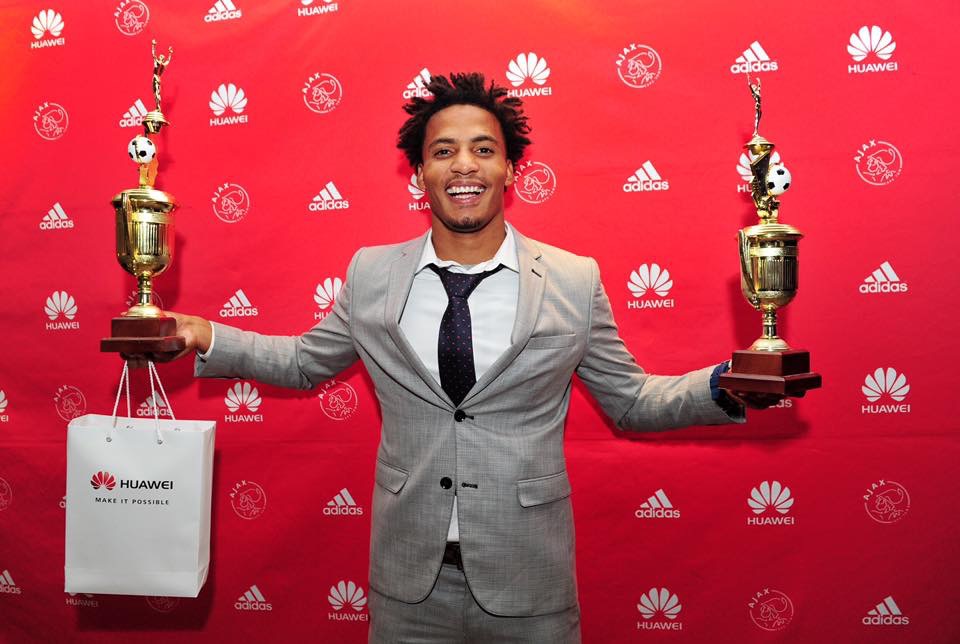 Rivaldo Coetzee’s consistent performances in an underwhelming season for Ajax Cape Town have earned him the 2016/2017 season’s Player and Players’ Player of the season awards at the club’s annual awards at Lagoon beach hotel on Saturday night.

Coetzee beat Thabo Mosadi and Mosa Lebusa to the Player of the Year award.

He was more happy to win the player’s player of the season award as it means you are valued by your fellow players.

“I am very honored to have won these two awards. Coach Mich (D’Avray) said something important to me, player’s player of the season is the most important because your teammates value you, they see your ability.

“The players helped me through out the season to the the player that I am, so credit must go to the team as well for making me the player I am” Said Coetzee

Grant Margeman, who is away at the u20 World Cup won Rookie of the season with Eric Chipeta walking away with the goal of the season for his freekick goal against Bidvest Wits.