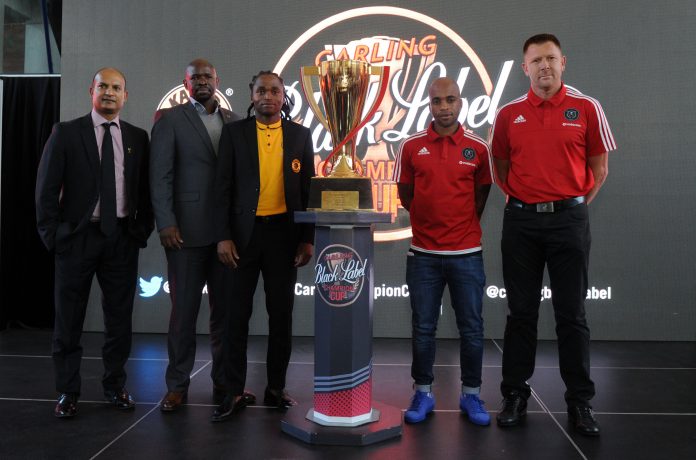 South Africa’s greatest sporting spectacle is set to make a return, as Carling Black Label in proud partnership with Kaizer Chiefs and Orlando Pirates once again prepare to give fans the voice to influence the biggest match on the football calendar – the Soweto derby. 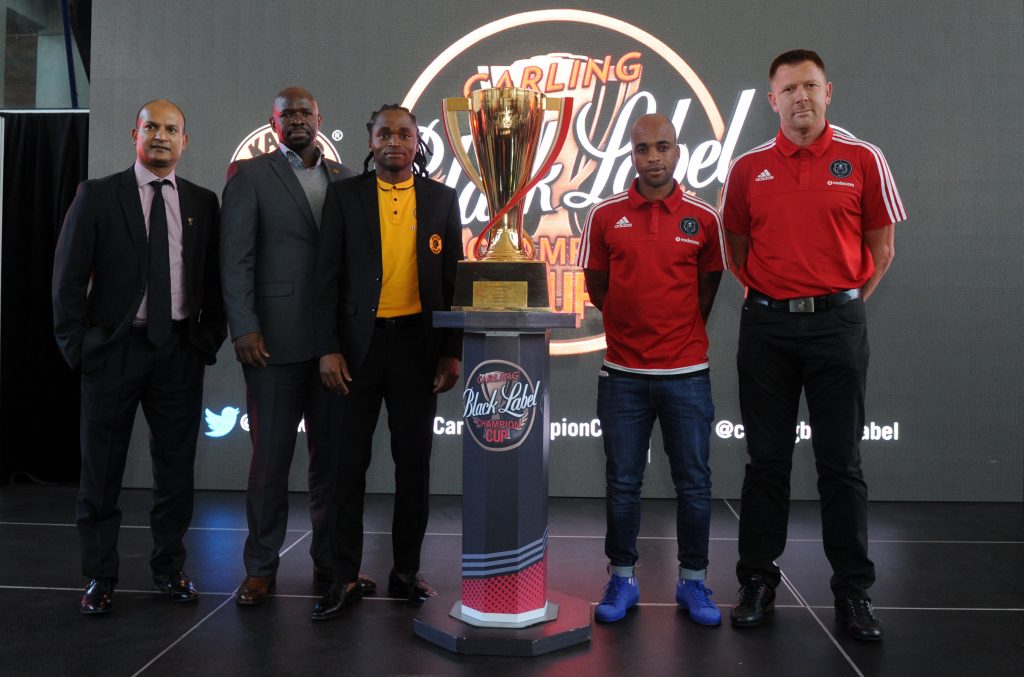 In a bid to celebrate the voices of the fans that have contributed to the success of the Carling Black Label Champion Cup, the launch of the country’s biggest event on the football calendar was taken to the heart of the City of Gold at the Johannesburg, Park Station.

Carling Black Label’s commitment to recognizing and celebrating the voice of football fans dates back to 2011, when the international multi-award winning beer brand partnered with two giants of South African football to give birth to what has grown to become a record breaking football spectacle in South Africa. Since then, Carling Black Label’s groundbreaking and innovative approach to the Soweto derby experience has seen exceptional elevation of fan engagement in the game of football for supporters.

Year on year, the Carling Black Label Champion Cup has continued to shatter long standing football records, with one of them being the most attended event at the FNB Stadium during the 2012 edition, where 87 000 fans gathered under the cathedral of the Soweto derby.

The two Soweto giants are set to meet once again on 30 July at the home of the Soweto Derby – the FNB Stadium, where the four time Carling Black Label Champion Cup champions, Orlando Pirates will square off with the old-rivals, Kaizer Chiefs to determine who will be crowned champions in 2016.

Chairmen of Kaizer Chiefs and Orlando Pirates, Mr. Kaizer Motaung and Dr. Irvin Khoza applauded the Champion Beer’s innovative approach to football sponsorship saying that brands such as Carling Black Label are essential in building the commercial aspect of football in South Africa.

“We are proud to be associated with a giant brand such as Carling Black Label as this competition perfectly matches the Orlando Pirates creative innovation and philosophy of putting fans in the forefront. The continuous experiential innovation and novelty to the approach of this competition is important to both the enjoyment of the fans and the overall approach of football sponsorship in South Africa”, said Dr. Khoza.

Echoing the sentiments of Dr. Khoza was his counterpart, Mr. Kaizer Motaung saying that this is the only competition that allows Kaizer Chiefs fans to take control of their cherished club.

“The ongoing success of Kaizer Chiefs is underpinned by the loyalty of its fans. For us to partner with a brand such as Carling Black Label, it gives us the ideal opportunity to show appreciation to our supporters. Through this competition, we have amplified our fan engagements and wish to continue doing so for years to come”, said Motaung.

Speaking at the launch of the Carling Black Label Champion Cup, Carling Black Label’s General Manager, Mr. Vijay Govindsamy assured the public that South Africa’s biggest beer brand will be pushing the boundaries even further to ensure that fans are afforded a true champion experience leading up to the match in July.

“Since the inception of this remarkable campaign, we have been able to display Carling Black Label’s efforts of celebrating and giving a voice to ordinary fans. We have enjoyed tremendous accomplishments working with our two partners, Kaizer Chiefs and Orlando Pirates. For this year’s edition, we will be putting all our efforts into reconnecting and rewarding the loyalty of the fans of the Carling Black Label Champion Cup. This will be executed across the country through various activities leading up to the match,” said Govindsamy.

In line with Carling Black Label’s continued efforts of keeping the campaign fresh and exciting, the multi-award winning beer brand will be rewarding even more champion coaches who vote for their starting line ups, including a chance to be part of an exclusive VIP experience at the match as a reward for displaying a true Champion Coach. This will be over and above the once in a lifetime opportunity of two lucky champion coaches who will go through vigorous selection process to be awarded the opportunity of being part of the technical bench as the Champion Coach on match day – leading their respective teams in the Soweto derby.

In order to enter and ‘Be the Champion Coach’, fans over the age of 18 must purchase a specially marked pack of Carling Black Label beer and look out for the unique code on the underside of the top. By simply dialing *120*660* on their cell phones and entering their unique code from the pack and the # sign (with no spaces in between), they can then choose the team they would like to coach, and the players they would like to see in the starting line-up (at a cost of 20 cents per 20 seconds).

Those supporters who cast their votes can win great prizes, including a share of R3-million worth of airtime, match tickets to the spectacle event on 30 July and, best of all, a coach’s experience with either Orlando Pirates or Kaizer Chiefs on match day.