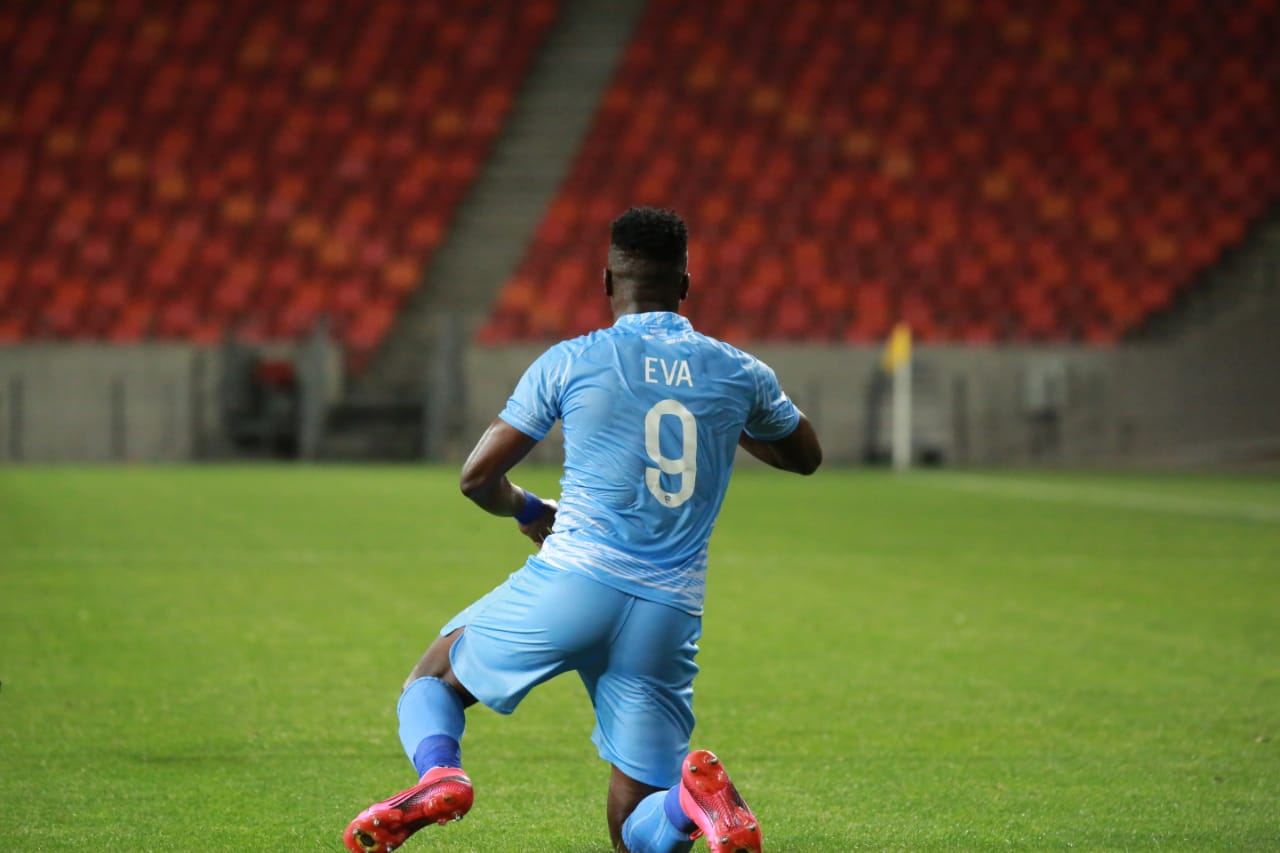 Bienvenu Eva Nga scored a hat-trick as Chippa United claimed a come from behind 3-1 win over Maritzburg United in a DStv Premiership at the Nelson Mandela Bay Stadium on Tuesday evening.

Daylon Claasen opened the scoring for Maritzburg with only 10 minutes gone. Eva Nga leveled matters after converting a penalty in the 24th minute.

A solitary goal from substitute Siphesihle Ndlovu with 12 minutes left was enough to hand Orlando Pirates their first three-points of the season with a 1-0 win over Bloemfontein Celtic at Dr Molemela Stadium.

Luvuyo Memela scored a quick brace in the 77th and 83rd minutes to hand AmaZulu a comfortable 2-0 win over Leopards at Jonsson Kings Park.

Swallows claimed a 2-0 win over TTM at Thohoyandou Stadium. Swallows goals were score by Ruzaigh Gamildien in the 59th minute and Njabulo Ngcobo in the 90th minute.

Velemseni Ndwandwe scored a goal in the last minute of referees additional time to claim a point for Arrows as they drew 1-1 with Baroka. Baroka had opened the scoring through Evidence Makgopa just after the break.