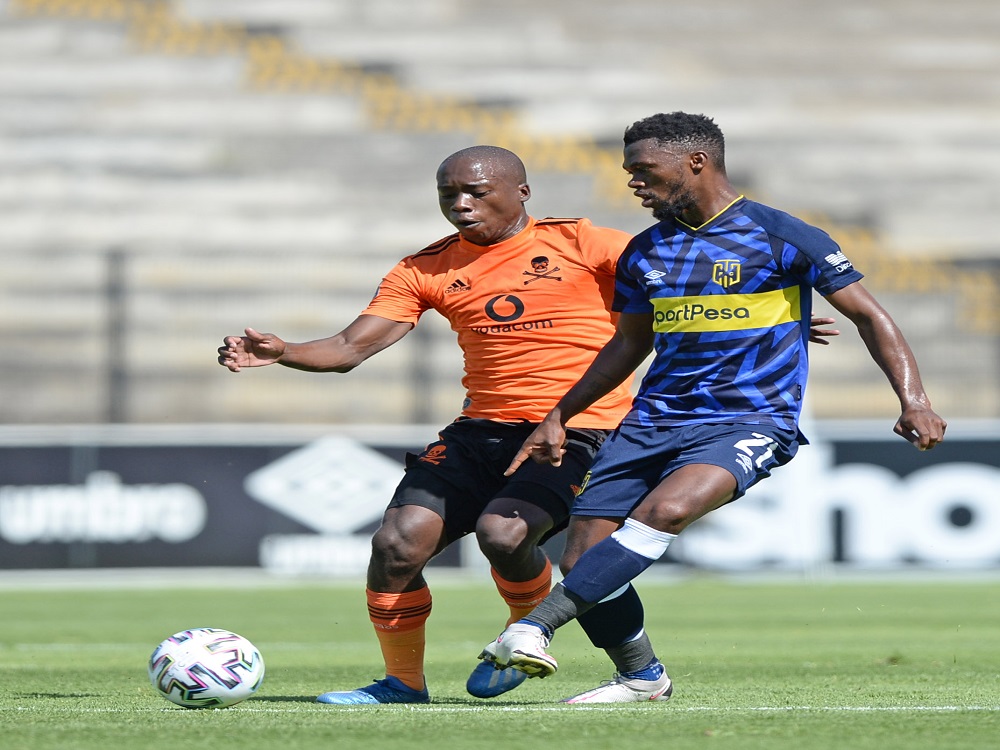 Orlando Pirates twice came from behind as they played to an entertaining 2-2 draw against Cape Town City at Danie Craven Stadium, Stellenbosch on Saturday afternoon.

Pirates would have been disappointed to walk away with only one point after creating so many scoring opportunities to can won the game comfortably.

Mduduzi Mdantsane opened the scoring for City with a beautiful curling finish just after seven minutes.

Vincent Pule leveled matters in the 18th minute before Abubaker Mobara restored City’s lead on the stroke of halftime. His shot from just outside the box swerved and wrong-footed Richard Ofori in the Pirates goal.

In the 66th minute, Pirates produced a great counter attacking move lead by Zakhele Lepasa. He collected a ball from his own half and ran the full length of the pitch before passing the ball to Deon Hotto who released Pule to make it 2-2.

Pirates coach Josef Zinnbauer was visibly disappointed with the results at the end of the game.

Golden Arrows and Moroka Swallows played to a 1-1 draw at the Sugar Ray Xulu Stadium on Saturday afternoon.

Luvuyo Memela and Rhulani Manzini scored in each half respectively as TTM and AmaZulu played to a  1-1 draw at the Thohoyandou Stadium on Saturday evening.

Themba Zwane (32′) and Kwanda Mngonyama (60′) scored in each half respectively as Maritzburg and Sundowns played to a  1-1 draw at the Harry Gwala Stadium on Saturday night.

Stanley Dimgba scored the only goal of the game in the 83rd minute as Stellenbosch FC beat TS Galaxy 1-0 at Mbombela Stadium on Sunday afternoon.

Goals from Evidence Makgopa (66′) and Richard Mbulu (76′) were enough for Baroka to secure all three points as they beat Chippa United 2-1 at Peter Mokaba Stadium on Sunday afternoon.

Sandile Mthethwa had opened the scoring for Chippa in the 41st minute.