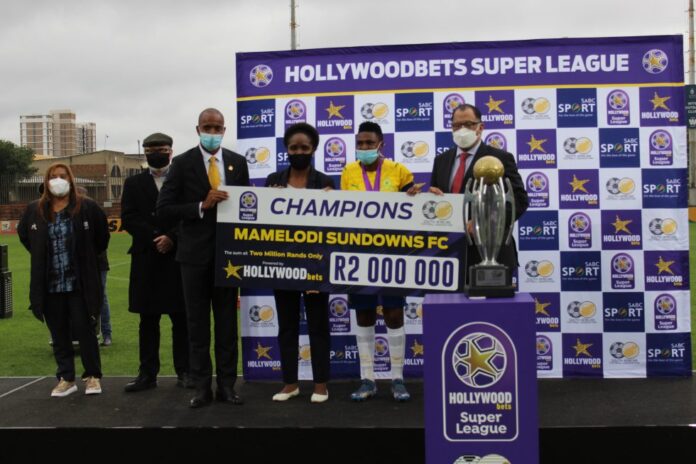 Banyana ba Style, who were confirmed as champions last weekend after beating JVW Girls FC 2-1, with goals from Andisiwe Mgcoyi and Chantel Esau, were handed their trophy this afternoon after their final game of the campaign.

Sundowns successfully defended their Hollywoodbets Super League title to add yet another trophy in their rich cabinet after winning the inaugural CAF Women’s Champions League last month in Egypt.

Sundowns Head Coach Jerry Tshabalala could not hold back his tears after his side defended their title.

“We are very proud of the ladies and the dedication they have shown this year. We have had a very difficult and exhausting year; playing in two major tournaments and leading the log in the Super League.

“This trophy is just reward for all the sacrifices, sweat and tears we have endured this year, and we intend to continue with this fighting spirit in next year and many more years to come. Not only in South Africa but in world football,” Tshabalala said.