AmaZulu FC have fired Steve Barker after the club failed to “meet its mandate” in the 2015/16 National First Division. 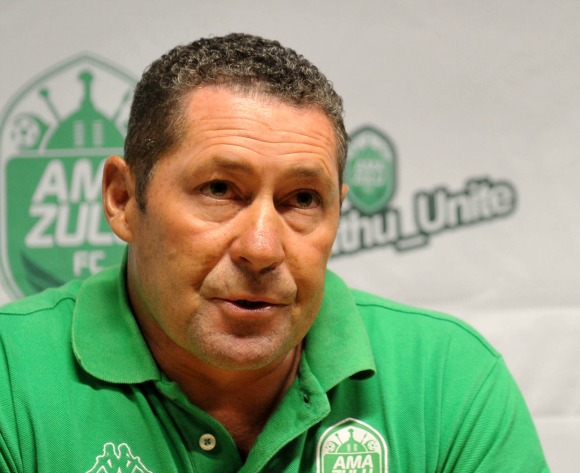 Usuthu General Manager, Lunga Sokhela said Barker failed to get the team automatically promoted back to the Absa Premiership.

“The Coach has been notified of the decision to terminate his contract after the failure to meet our mandate of getting automatic promotion back into the Premier Division.” Sokhela says.

Sokhela thanked the former coach for his contribution towards the development structures.

“We have thanked him for his contribution and hard work into the first team as well his input towards our development structures. We wish him well with his future plans,” Sokhela  adds.

Delron Buckley will be in charge of the team for the remainder of the season until the Head Coach post is filled. Buckley will be assisted by Goalkeeper Coach, Davies Phiri.