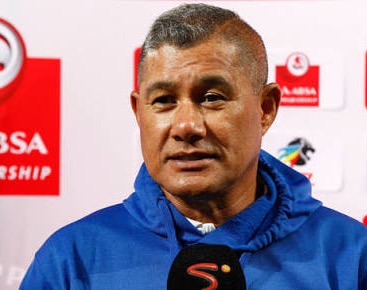 AmaZulu FC have confirmed the appointment of former Platinum Stars coach, Cavin Johnson as their new coach with immediate effect.

Johnson replaces Joey Antipas whose contract was terminated before the start of the season. AmaZulu confirmed that Antipas’ assistant coach, Prince Matore’s contract is also terminated with immediate effect.

AmaZulu will announce Johnson’s assistant coach by the end of the week.

“We’d like to wish Mr Antipas and Matore the best of luck in their future endeavors, we thank them for their time spent with us,” said Sokhela.