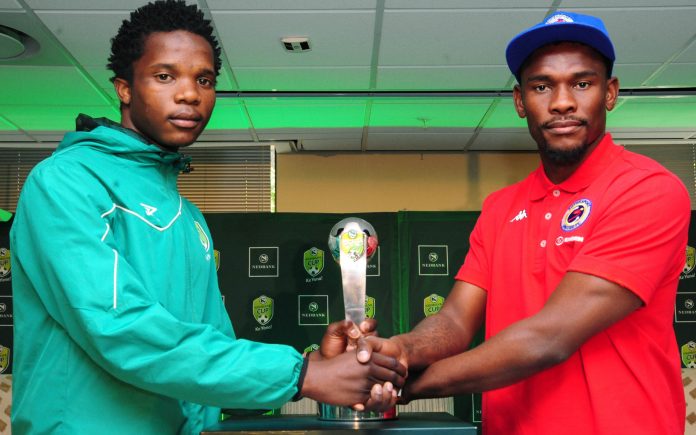 Nedbank Ke Yona Team captain, Bongani Mbuli is confident that this year’s team will cause an upset against their more fancied opponents as they gear up to take on Supersport United in the Nedbank Ke Yona Challenge on Sunday, 4 September at the Sinaba Stadium in Daveyton. 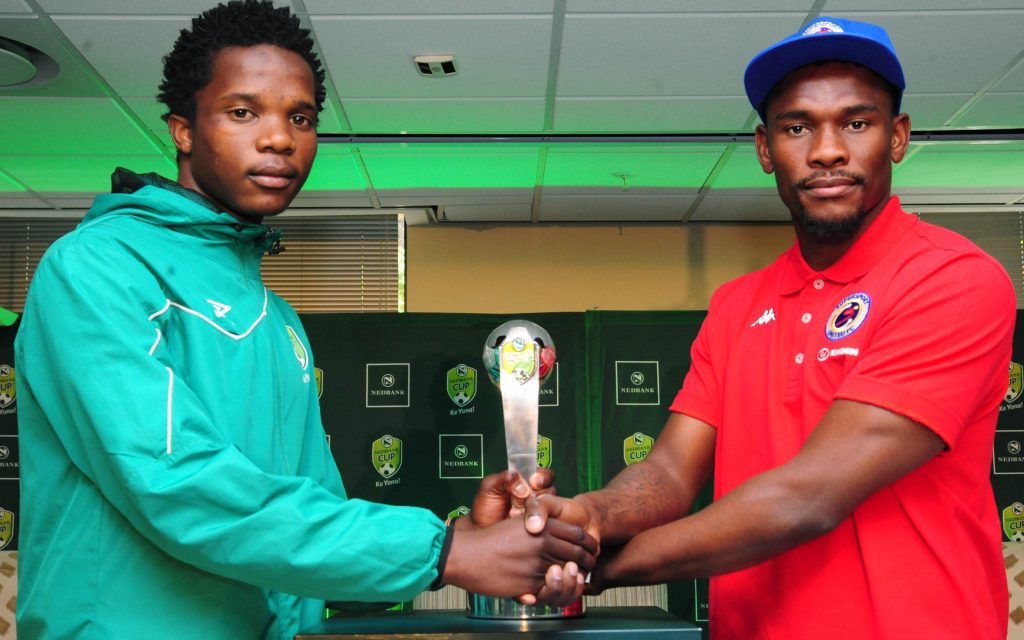 The 20-year-old defender will be amongst the 18 member squad that has been unearthed by Nedbank, working with Shakes Mashaba, Owen Da Gama, Khabo Zondo and Mike Mangena.
Speaking at the Nedbank headquarters ahead of their match, Mbuli said that this year the tables would turn as they are determined to make history.

“We have a very strong squad of youngsters who are eager to not only make an impression with professional clubs but change the record books by becoming the first Ke Yona Team to win the Ke Yona Challenge. We have nothing to lose and want to give it our all” said a confident Mbuli.

Supersport United goal minder Boalefa Pule, who made his debut during his team’s triumph over Orlando Pirates in the Nedbank Cup final, cautioned his team to be careful coming up against a Ke Yona Team that has nothing to lose.

“It will be difficult playing against them since we have not seen them play. As a team, we will prepare for this match like we do with every other match and give them the respect that they deserve for reaching this stage of their football careers” said Pule.

The Ke Yona Team will be eager to follow in the footsteps of reigning PSL Young Player of the Season, Maphosa Modiba who’s football dream continues to live on after signing a four year contract with Supersport United. Modiba has been a revelation since graduating from the Ke Yona Team and is set to continue demonstrating the success of how Nedbank continues to make things happen.

Tickets to the Ke Yona Challenge are available for free at all Computicket and Shoprite Checkers stores. Fans are advised to bring their ID copies to collect a maximum of TWO tickets per person. Gates open 13:00 and there will be entertainment until kick off at 15:00. The match will be broadcast live on SABC 1 and SuperSport 4.