Durban’s Moses Mabhida Stadium has been confirmed as the venue that will host the 2015/16 Telkom Knockout final between Mamelodi Sundowns and Kaizer Chiefs. 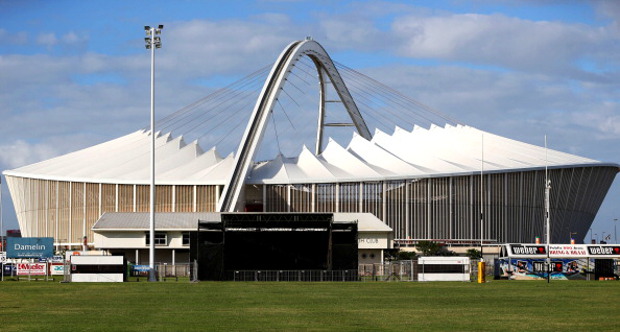 This was announced following a PSL Organising Committee meeting this morning. The Telkom Knockout final will be played on Wednesday, 16 December 2015.

The last time the Moses Mabhida Stadium hosted the Telkom Knockout final was back in December 2012/13.

PSL Acting Chief Executive, Mato Madlala said: “As the League, we are delighted to take this year’s TKO final to the Moses Mabhida Stadium. We took a lot of things into consideration before taking this decision and amongst those, we know that we always get support from the people in that area. We are also expecting a lot of people from other provinces to travel to Durban to watch the final. We thank our partners, Telkom for their support.”

Telkom’s Braam Wessels added: “As we draw near to the end of this year’s Telkom Knockout, we would like to thank the PSL, clubs and our great supporters for making the 10th edition of the Telkom Knockout one of the best editions thus far. Over the past two months, we have seen how Telkom has lived up to its commitment of connecting people through football. We are looking forward to taking the final to Durban where all the holiday festivities will be and therefore urge all supporters to come out in their numbers as we stage the grand finale of Unlimited Celebration,” said Wessels.

Tickets for the final will go on sale tomorrow, Tuesday 24 November 2015.