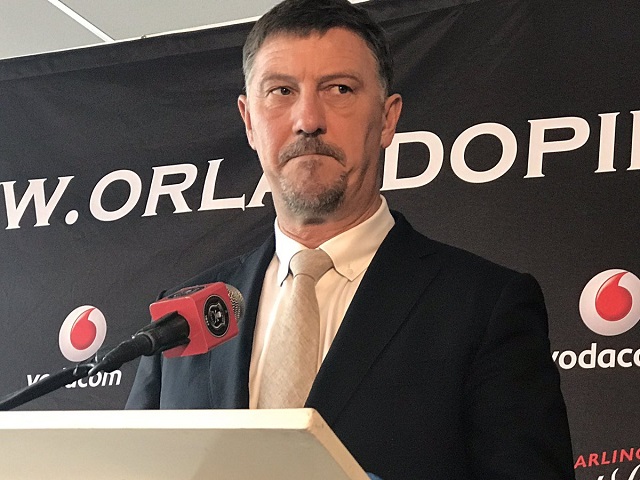 Orlando Pirates have announced Swede Kjell Jonevret as their new head coach on a three-year deal at a press conference at the Rand Stadium on Monday, 20 February 2017.

Pirates have also appointed Harold ‘Jazzy Queen’ Legodi as assistant coach, replacing Bradley Carnell who has left the team on his own request according to the chairman Dr Irvin Khoza.

Jonevret, 54, replaces Muhsin Ertugral, who resigned in November 2016 live on TV after losing 6-1 to SuperSport United. Augusto Palacios has been caretaker coach ever since.

Jonevret could (depends o whether he gets his work permit on time) be on the bench on Saturday when Pirates welcome Polokwane City at the Orlando Stadium.