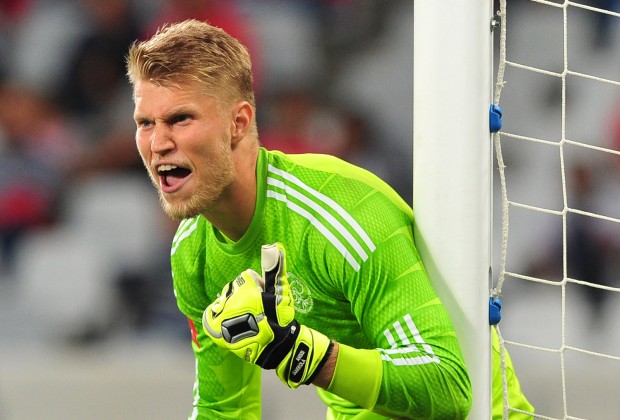 Ajax Cape Town would like to rectify a recent article that appeared on the Kickoff website suggesting that Anssi Jaakkola was set to leave the club at the end of the current Absa Premiership season.

Jaakkola has been a rock in the goals for the Urban Warriors in the past three seasons, earning himself nominations for the Absa Premiership Goalkeeper of the Season in two consecutive years, while staking his claim for yet another nomination this season after producing many stellar performances between the posts.

The Finnish shot stopper played an instrumental role in Ajax Cape Town’s unbelievable achievement of reaching the 2015 Nedbank Cup final as well as winning the MTN8 trophy in spectacular fashion.

“I would just like to clarify that my words were misquoted by the media. The person who did the interview misinterpreted what I said during the interview, when talking about my future. I just want to clarify that not once did I mention that I was leaving Ajax Cape Town. I would never disrespect the club, my fellow teammates or the club’s supporters like that. I have a contract with the club for another year. What I said was that, you never know in football what can happen. Unfortunately, those words were used in a different way than I intended it,” commented Jaakkola.

CEO Ari Efstathiou confirmed that Anssi Jaakkola was contracted to the club until June 2017. “I have had several heart to heart discussions with Anssi regarding his future. We were very aware when he joined Ajax Cape Town 3 years ago, that he would like to continue his career in a top European league once his contact came to an end. He is a top quality goalkeeper and has served the club with aplomb and deserves to land a lucrative European move. Should the opportunity arise we would never stand in his way.”

Ajax has a very healthy goalkeeping department with Brandon Peterson (21) and Jody February (19) deputising for Jaakkola. Ajax have also recently promoted Darren Johnson (19), another fine talent from the academy.