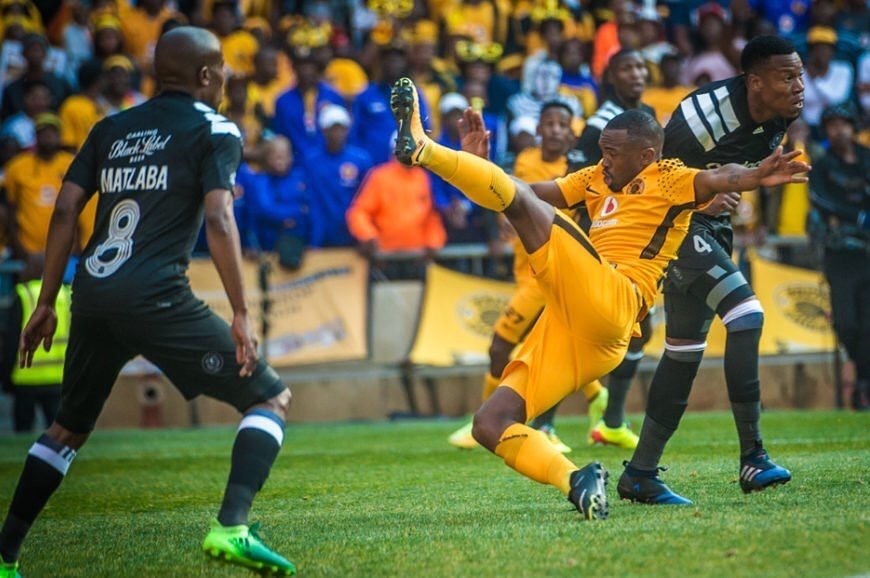 This season, Absa encourages fans to celebrate the wins, the spectacular goals and energy in the various stadiums across the country through ’Bring Your Voice’ which will be an opportunity for fans to express their Africanacity. Africanacity is the creative expression of the new Absa brand. It is a way of doing things that’s unique to the African continent; meeting every challenge with tenacity, positivity and creativity.

The Group Executive of Marketing and Corporate Affairs at Absa, Bobby Malabie said:

“Our new way of doing things doesn’t only mean a refreshed logo it will also come alive in the Absa Premiership season. Woza Nazo ‘Bring Your Voice’ is aimed at enhancing the culture of singing that already exists in the Absa Premiership. We call on fans to continue to celebrate each of the 16 teams, their supporters and the way they show their Africanacity through unique song and dance at the stadium. ‘Bring Your Voice’ captures in one short phrase the essence of South African football – the singing culture – and we are providing the passionate Absa Premiership soccer fans with a platform that inspires and celebrates football in a truly South African way.

With our Absa brand having recently gone through a journey of change which includes the change of our logo, in order to align with the Absa Premiership, we have also changed the logo of our sponsorship property, the biggest in the continent which will be seen from the start of the new season”.

Malabie further says, “For our partnership to remain impactful season after season, we are intentional about bringing innovation to the biggest league on the African continent through campaigns such as Woza Nazo ‘Bring Your Voice’. We will also continue with the great innovations that saw us bring excitement to the league through the Absa Premiership Woza Nazo fixture weekends and rewarding our loyal customers and fans”.

Absa customers and soccer fans will once again be rewarded with unique and unforgettable experiences through the Absa Premiership. Last season saw one lucky fan, Steven Chauke from Johannesburg become an instant millionaire through the Kick for a Million fan competition.

The Kick for a Million campaign is a competition that rewards fans attending the Absa Premiership Woza Nazo fixture by giving them an opportunity to participate in a half-time penalty kick competition to stand a chance to win one million rand at the end of the season. “We are committed to bringing back our life-changing Kick for a Million competition and look forward to bringing more possibilities to life for our football loving fans,” added Malabie.

The new season kicks off on Saturday, 4th August and will see 2017/18 Absa Premiership champions Mamelodi Sundowns take on Kaizer Chiefs at the Loftus stadium. This clash will bring a spectacular start to the season as Absa will showcase to fans what it means to ‘Bring Your Voice’ by staging a one-of-the-kind opening ceremony for a domestic league competition.

Following this grand start to the season, the Woza Nazo fixtures for the new season will begin with matches that will reach fans in all corners of the country bringing even more passion and excitement to the biggest league on the continent – now that’s Africanacity!