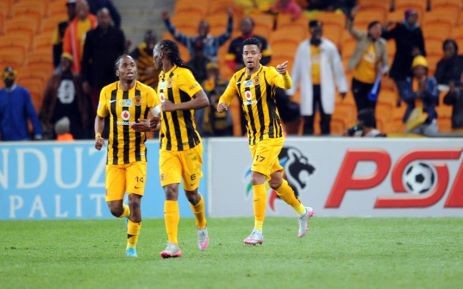 Kaizer Chiefs came back from two goals down at halftime to beat Maritzburg United 5-3 in extra-time on Wednesday night at the FNB stadium.

Maritzburg had a dream start as they found the back of the net inside eight minutes. The mix-up between the makeshift centre-back pairing of Siyanda Xulu and Ivan Bukenya allowed Kurt Lentjies to run through on goal, round Reyaad Pieterse before passing the ball into the net from a tight angle for an opening goal.

Chiefs had a chance to level matters after 27 minutes when George Lebese found space inside the box-on the left but shot well wide of goal.

Many fans might have already been queuing for their half time refreshments when Chiefs conceded an unnecessary corner in stoppage time of the first half.

From the resultant corner, an unmarked defender, Thamsanqa Teyise headed the visitors into a two-goal lead at halftime.

Chiefs came back from the break buzzing and took only a minute for Lebese to pull one back with a header from Siboniso Gaxa’s cross.

From there on, it was all Chiefs and it was no surprise when Bernard Parker levelled matters with a shot from outside the box with just seven minutes into the second half.

In the 63rd minute, Lebese put Chiefs into the lead for the first time in the match with a tap in after Virgil Vries had blocked Siphiwe Tshabalala’s effort.

Then an own goal from the debutant, Xulu to level matters at 3-3, with six minutes remaining gave Maritzburg reprieve.

It took an overhead kick goal from Xulu and a composed finish from Pule Ekstein in extra-time to finally put Maritzburg away.

In the other quarterfinal, Bloemfontein Celtic defeated Mamelodi Sundowns 4-2 on penalties after the game ended 1-1 in extra-time.