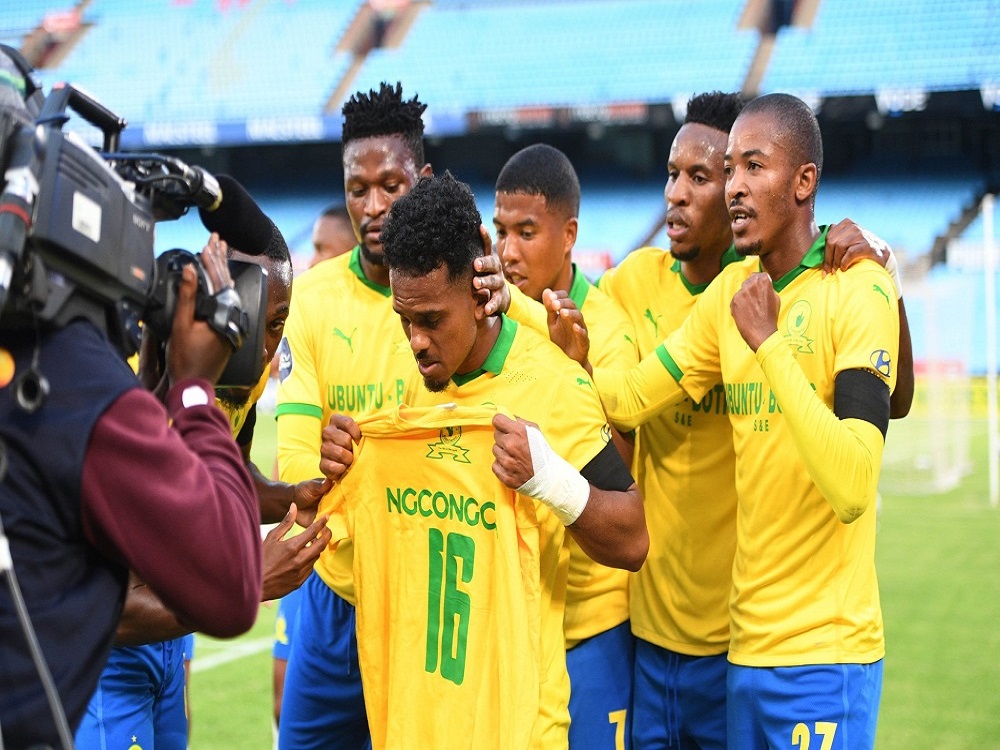 Mamelodi Sundowns stroll to a comfortable 3-0 win over Stellenbosch FC at the Loftus Versfeld Stadium on Saturday evening.

The Brazilians have replaced Swallows FC at the top of the DStv Premiership after two first half goals from Peter Shalulile and Kermit Erasmus as well as a second half goal from Themba Zwane saw them score a comfortable 3-0 victory over Stellies.

It took Sundowns only seven minutes to open the scoring with Shalulile heading home an Erasmus’ cross to make it 1-0. Erasmus made it 2-0 after 26 minutes when Shalulile returned the favor by teeing him up to produce a clinical left-footed finish from inside the penalty area.

Zwane made it 3-0 just after the hour mark with a finish from close range to kill of any chance for Stellies to come back into the game.

Tshegofatso Mabasa came of the bench to score in referee’s added time to help Orlando Pirates salvage a point as they play to a 1-1 draw against Baroka FC at Orlando Stadium on Saturday afternoon. Ananias Gebhardt had opened the scoring for Baroka just two minutes into the second-half with a tap in after an error from Richard Ofori who dropped an easy ball at his feet from a free-kick.

AmaZulu and Cape Town City played to a 1-1 draw at Jonsson Kings Park Stadium on Saturday night. AmaZulu opened the scoring in the forth minute when Lehlohonolo Majoro converted a controversial penalty before Prince Opoku Agyemang equalized five minutes before the break.

AmaZulu played the final 18 minutes with 10 men following the dismissal of Lehlohonolo Majoro for a leg breaking tackle on Thamsanqa Mkhize.

Maritzburg United are still without a point after five starts following a 2-1 defeat to SuperSport United at the Harry Gwala Stadium on Friday evening.

The team of Choice replace coach Eric Tinkler with Ernst Middendorp before the game. The new coach watched the game from the stands as he is waiting for PSL registration documents with caretaker coach Delron Buckley sitting on the bench.

Ronwen Williams scored an own goal in the eighth minute to give Maritzburg a 1-0 lead before Bradley Grobler scored a brace in the 14th and 64th minute to hand Matsatsantsa a Pitori a 2-1 victory.