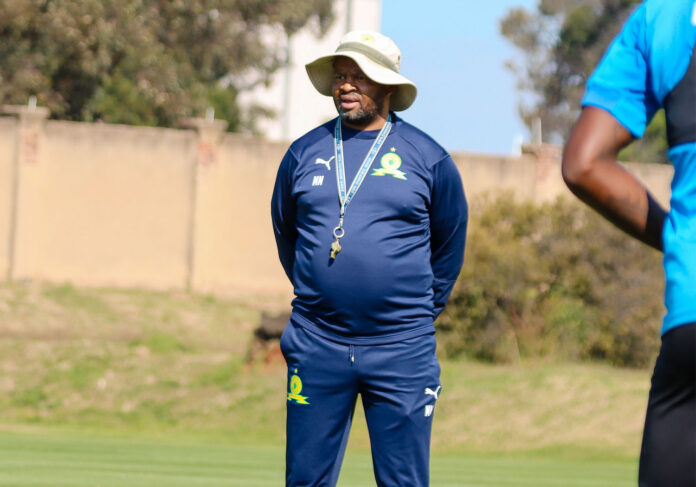 Mamelodi Sundowns Co-Coach Manqoba Mngqithi believes the kind of football displayed by Kaizer Chiefs will bring fans back to the stadium.

Sundowns were held to a 1-1 draw by Chiefs in a DStv Premiership match at the FNB Stadium on Sunday evening. Amakhosi were probably unlucky not to walk away with all three points after keagan Dolly’s penalty was saved by Reyaad Pieterse with five minutes left.

“I did say prior to this match that the last three to four matches that they’ve played I was very impressed because they played the type of football that I can guarantee can easily bring the supporters back into the stadium, because it’s a gallant performance with a lot of passes, creativity, intrigant play and good counter pressing moments. Chiefs are always very dangerous in transition, but also it’s not nice for a big team like Chiefs to depend on transition and set-pieces only.

“My overall assessment I think it was a very good game of football for spectators to watch, maybe a game that was short of goals because we did not score many goals and I also believe the penalty they got was a legitimate in my opinion, but I also think we also deserved either a penalty or a freekick. I would think they deserved a point today, they deserved not to lose to be honest. I think they played very well with a lot of courage from the ball, not too many aimless long balls, I think maybe only from the goal kicks looking to [Leonardo] Castro to establish play from there, but it was a very good match.”