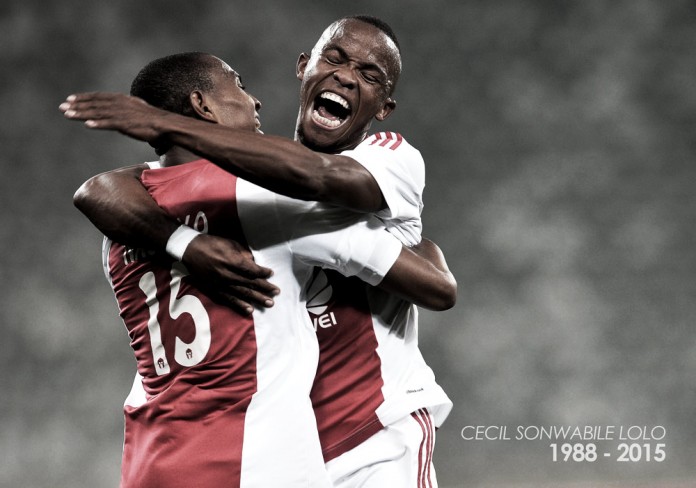 It is with great sadness that all of us at Ajax Cape Town mourn the passing of our incredibly talented and beloved warrior – Sonwabile Cecil Lolo. 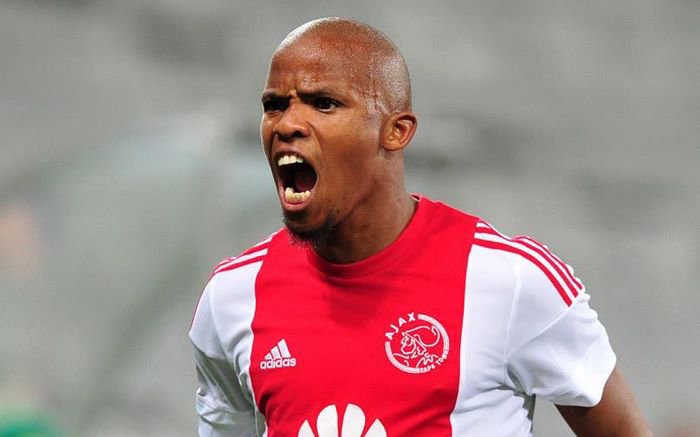 A fatal motor vehicle collision in the early hours of Sunday morning , one of which was driven by Lolo, claimed the life of our warrior.

Lolo has been at Ajax Cape Town for over a decade, when his talent was recognised and he was recruited for the Ajax youth academy. He became a vital player in the club’s PSL team after being promoted in 2010. Some of the highlights in his career included winning the 2015 MTN8, 2015 Nedbank Cup runner-up, finishing second in the 2010/2011 season and representing Ajax Cape Town against top European clubs Manchester United, Sporting Clube de Portugal, VfL Wolfsburg, PEC Zwolle and VfB Stuttgart. He has won numerous Man of the Match Awards for his sterling performances in the last few seasons, making Lolo a favourite with our supporters and one of the most loved players to don the red-and-white of Ajax Cape Town.

Being classified as one of the senior players in the young Ajax Cape Town PSL squad at the tender age of 27, Lolo always led the team in song and did so with a lot of passion and commitment, which is something his team mates will miss the most when they prepare for any match from here on.

Growing up in Khayelitsha, Lolo made the most of his disadvantages by putting aside all circumstances and turning them all into a Warrior-like spirit, which he carried over onto the field. He was a true leader and role model for all those who aspire to be professional footballers, showing that no matter what your circumstances, it needn’t suppress your ambitions in life.

Ajax Cape Town CEO, Ari Efstathiou, along with head coach Roger De Sa and Alexi Efstathiou spent the afternoon at his mother’s home, where they took the opportunity to support and comfort one another. This really is a massive loss to the club and even bigger loss to the friends and family of such a hugely talented and loved person.

“We will miss him terribly, All of us, his team mates, the kids in the academy, the staff and all our supporters. It’s a void that just can’t be filled. The only motivation that is left is that we dedicate the season to him and make sure that his memory is remembered in the success of this 2015 season,” commented CEO, Ari Efstathiou. “Watch us from above and guide us like you did when you were with us. Your laughter and wonderful personality will remain in our hearts forever. Rest in Peace our Warrior,” concluded Efstathiou.

The club wishes to thank everyone for their messages of condolences and support during this time of bereavement.