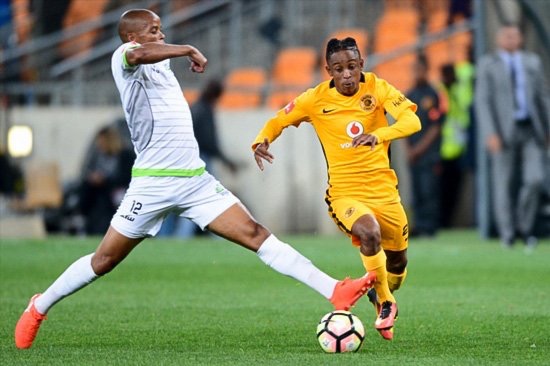 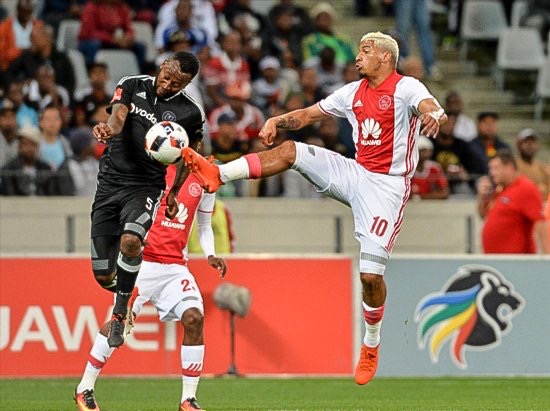 In what Ajax Cape Town coach, Roger De Sa called “five minutes of madness”, Ndoro capitalized on the indecisiveness of Ajax keeper Brendon Petersen to open the scoring in the 36th minute.

Two minutes later, Pirates robbed Ajax captain Travis Graham of the ball in the middle of the park with Oupa Manyisa releasing Ndoro, who calmly finished past Petersen making it 2-0.

Ajax pulled a goal back through a headed goal by Nathan Paulse just seven minutes into the second half but try as they may to find the equalizer, Pirates held strong to go home with all three points.

Old Peter Mokaba Stadium: Bidvest Wits were brought down to earth as they played to a goalless draw with 10 men Polokwane City on the back of wins over Kaizer Chiefs and Orlando Pirates.

City defender Thapelo Tshilo was shown a straight red card for an off the ball scuffle with Gabadinho Mhango on the stroke of halftime.

Makhulong Stadium: Highlands Park collected all three points in their first Absa Premiership game of the season after beating their fellow newly promoted side Baroka FC 2-1.

Collins Mbesuma levelled matters for Highlands Park in the 31st minute before the former Jomo Cosmos Talisman, Chalton Mashumba score what turned out to be the winner in the 57th minute.

FNB Stadium: Kaizer Chiefs were denied their first win of the season by a Robert Ng’ambi “Ghost” goal as they drew 1-1 with Platinum Stars at the FNB stadium on Wednesday night.

Referee Victor Hlongwane awarded Stars a goal in the 20th minute after he adjudge that Ng’ambi ‘s powerful shot, tipped onto the crossbar by Itumeleng Khune, had crossed the line, but it was not the case.

Chiefs fought back in the second half and were rewarded when Hendrick Ekstein’s deflected shot from inside the box found the back of the net.

Ntanga opened the scoring in the 42nd minute before substitute Jooste scored the second deep into stoppage time to give Arrows their first win of the season.

There were no goals in the rest of the games on Wednesday as Maritzburg United held Champions, Mamelodi Sundowns to a goalless draw at Harry Gwala stadium.

Free State derby failed to live up to expectations as Free State Stars and Bloemfontein Celtic failed to bother the net at Goble Park Stadium.