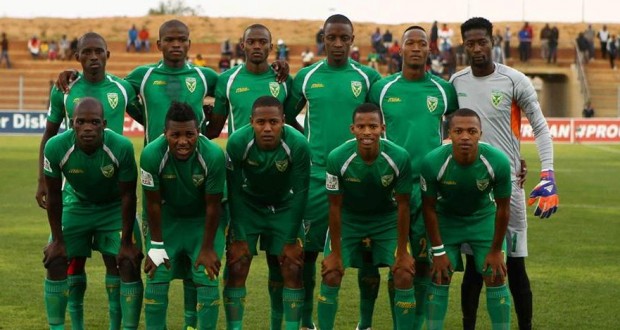 The Durban Under-19 International Football Tournament have added spice this year with the inclusion of two club sides from the African continent for the first time.

The other two sides in the eight-team tournament are the South African Under-19 team and the KwaZulu-Natal Academy XI.With Africa being a growing supplier of top football talent to the global game, all eyes will be on TP Mazembe and Golden Arrows.

The DR Congo club have been a dominant force on the continent in recent years, winning the CAF Champions League in 2009, 2010 and 2015. They have also claimed five DR Congo league titles in that period and are a club that expects success at all age-group levels.

TP Mazembe have produced players such as current DR Congo internationals Jonathan Bolingi, Elia Meschak and Dieumerci Mbokani, who has become a star in Europe, and regularly give players to the country’s national teams.

It is sure that among the team that will compete at the Durban Under-19 International Football Tournament, there are likely more than a few who will not only go on to become DR Congo national team stars, but also play in Europe.

The senior side is coached by Frenchman Hubert Velud, who will be an interested spectator two see how his next generation of stars cope against some of the world’s best in their age-group.

Golden Arrows are a club that have invested heavily in youth and are proud of the achievements of their young players in the KwaZulu-Natal province.

No fewer than 14 members of their first team squad from the last Premier Soccer League season came through the club’s development programme, ranking them alongside only the likes of Ajax Cape Town in this regard.

They have been able to tap in to the rich vein of talent that can be found across the KwaZulu-Natal province and under the watchful eye of first team coach Clinton Larsen, who is not afraid to give youth a chance, have seen these stars develop into Premier Soccer League players.

Golden Arrows have been draw in Group A at the Durban Under-19 International Football Tournament and will take on Sporting Lisbon (July 28), local rivals the KwaZulu-Natal Academy XI (July 30) and Arsenal (August 1) in their three pool matches.TP Mazembe will tackle Fluminense (July 29), the South African Under-19 side (July 31) and Glasgow Rangers (August 2).The top two teams in each pool will advance to the semifinals, which will both be played at the Moses Mabhida Stadium on August 4.

The final will be staged at the King Zwelithini Stadium on August 6 at 16h45. The Durban Under-19 International Football Tournament is being held for the third year and has grown into one of the most prestigious junior competitions in the world.

Brazilian side Santos won the inaugural event in 2014, before Arsenal claimed the title last year and are back in 2016 to defend their trophy.