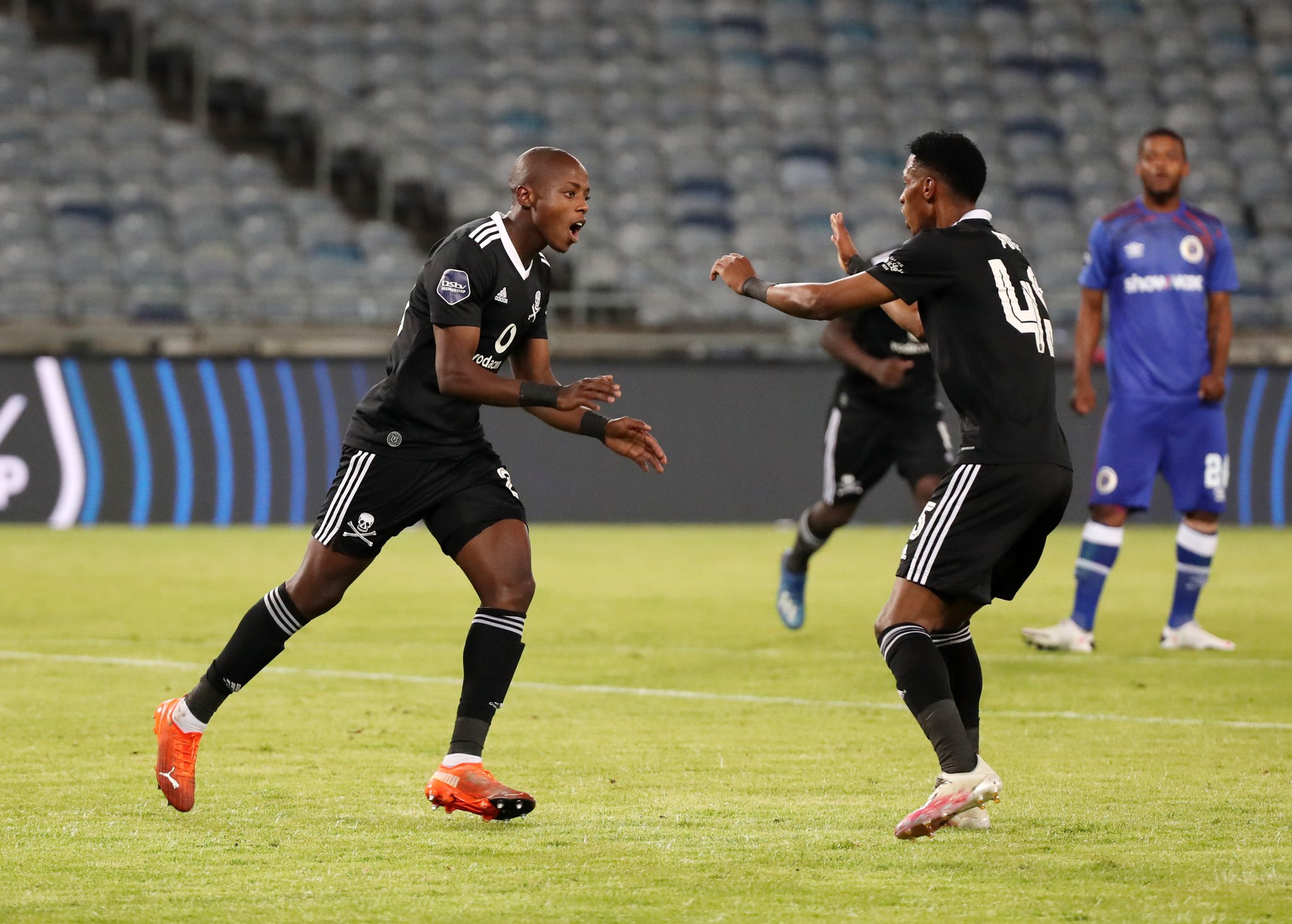 Tshegofatso Mabasa came off the bench to score a match winner with three minutes left and complete a come from behind 2-1 victory for Orlando Pirates over SuperSport United at Orlando Stadium on Saturday evening.

SuperSport broke the deadlock in the 6th minute as Teboho Mokoena toe-poked home after being poorly play onside by Ben Motshwari who failed to push out with the rest of his defense after a corner.

Zakhele Lepasa levelled matters in the 51st minute from the penalty spot after he was brought down by Siyabonga Nhlapo who earned a yellow card for his trouble.

Mabasa completed the turnaround with a tap in after an uncharacteristic error from captain Ronwen Williams who failed to take charge of the situation as a result of miscommunication with defender Luke Fleurs.

Siboniso Conco converted a controversial penalty five minutes into the second half to make it 1-0 to Arrows. Willard Katsande appeared to have won the ball before he was fouled by Zolani Nkombelo but referee pointed to the spot.

Castro levelled matters in the 58th minute with a header from Khama Billiat’s corner before making it 2-1 with a tap in from another Billiat pass with 65 minutes gone.

Five minutes later, Nduduzo Sibiya scored with a beautiful left-footed curler from just outside the box to level matters.

A solitary goal from Rodney Ramagalela in the 56th minute was enough to hand Lidoda Duvha a 1-0 win over Maritzburg United on Saturday afternoon at Thohoyandou Stadium.

Stellenbosch FC collected maximum points after a convincing 2-0 victory over Chippa United on Saturday afternoon at the Danie Craven Stadium.

Swallows FC moved to the top of the 2020-21 DStv Premiership standings following a goalless draw with TS Galaxy on Saturday evening at Dobsonville Stadium.