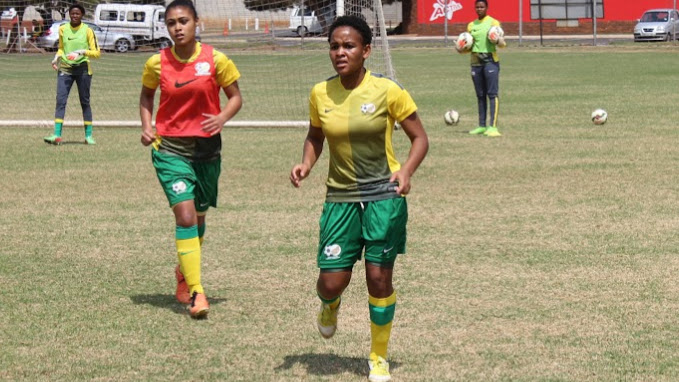 Ellis has called up the bulk of the team that played at the 2017 COSAFA Women’s Championship held in Zimbabwe in September last year, and mixed it up with several overseas-based players who haven’t been in the squad for a while.

These include the USA-based quartet of Kaylin Swart, Jermaine Seoposenwe, Amogelang Motau and Kelso Peskin.

The former Banyana captain has also rewarded players that participated in the end-of-the year 2017 Sasol League National Championship that was staged in Nelspruit early in December – like Yonelo Keto (Thunderbirds), Kgaelebane Mohlakoana and Melinda Kgadiete (both Bloemfontein Celtic), Neliswa Luthuli and Sduduzo Dlamini (both Sunflower FC).

Ellis has also recalled midfielder Amanda Dlamini after a long absence from the national team.

Banyana will assemble for camp on Sunday, 14 January.

The first clash between South Africa and Sweden is a practice match, which will take place on Thursday, 18 January, and will take place behind closed doors at a venue still to be announced.

The second encounter is an international friendly, and this will take place at the Cape Town Stadium on Sunday, 21 January. Kick-off is at 14h00.

This will be the third time the two nations meet.

The first clash took place in 2012 at the London Olympic Games – Sweden won the match 4-1.

Their last meeting was also at the Olympic Games – in 2016 in Brazil, where South Africa lost 1-0.