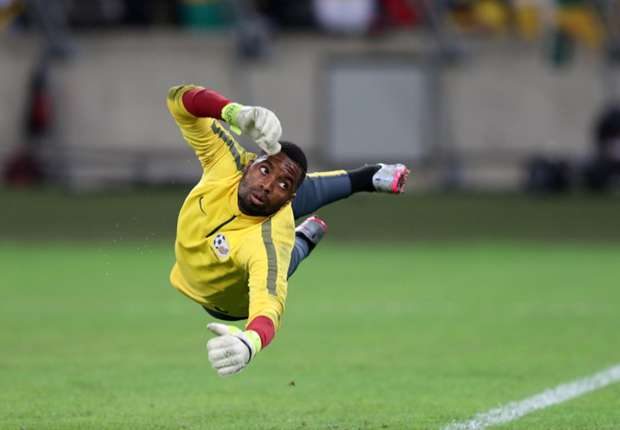 Kaizer Chiefs goalkeeper and captain Itumeleng Khune together with Lamontville Golden Arrows coach, Clinton Larsen have won the best player and coach of the month awards.

Khune won the Man of the Match awards for three matches in succession against Cape Town City, Maritzburg United and Golden Arrows during the period of August and September.

The judges felt Khune produced an impressive display and kept his team together during this time. He also stood out for his leadership qualities which saw him lead the Naturena-based side from the back.

Khune won the award after receiving the most votes from a panel of experts made up of former players, broadcasters and analysts that was convened by Marks Maponyane. The other players in the running were Lerato Lamola from Golden Arrows, Cape Town City captain Robyn Johannes and Baroka’s Gift Motupa.

Larsen guided ‘Abafana Besthende’ to three wins and two draws during this period, with his side impressively beating Absa Premiership champions Bidvest Wits, city rivals AmaZulu and Platinum Stars away from home.

The judging panel were impressed by the continuation of the exciting display his team produced last season, keeping the core of his team, smartly managing to blend youth and experience well and grinding out victories despite the little resources at his disposal.

As proud sponsors of the Absa Premiership, Absa congratulates Khune and Larsen on their awards, having had an impressive start to the season. Absa looks forward to the resumption of league action next week for the continuation of what has been a thrilling start to the new campaign.