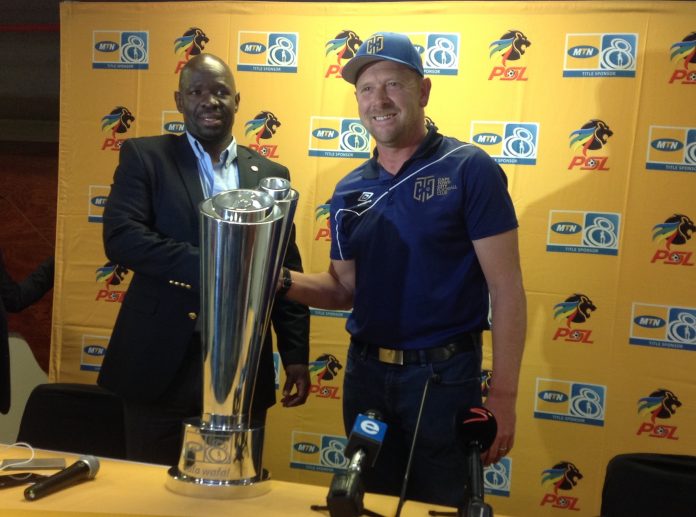 Kaizer Chiefs coach Steve Komphela says he watched Cape Town City’s 2-0 win over Polokwane City and has a plan for them ahead the MTN8 quarterfinal on Friday night at the Cape Town Stadium. 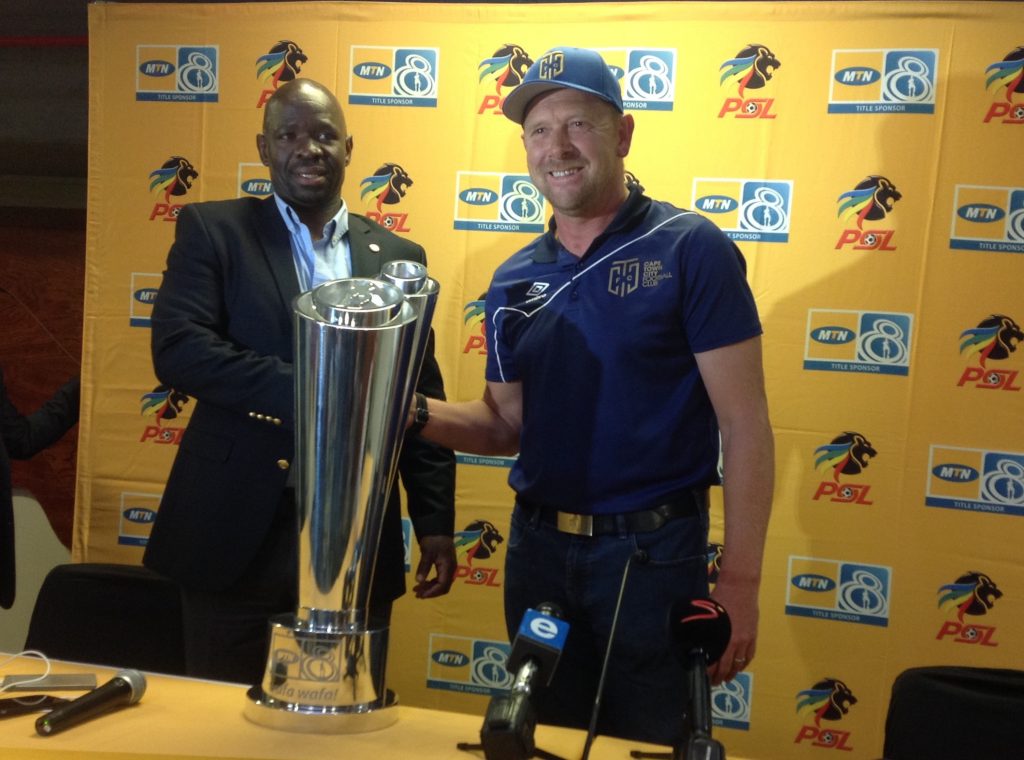 “Cape Town City, they are no new boys‚ maybe new sexy logo‚ new team, new environment but they are football people and they come all the way from Mpumalanga as Black Aces.” Komphela said.

“In as much as there has been some changes, we were privy to go through them when they played their previous match against Polokwane City. I think we have seen a little bit of who they are and what they can do.

“One interesting comment was made by the coach (Eric Tinkler) post match, were he alluded to how they missed two chances from set place. Then, it tells you they also concentrate on set place.

Komphela feels they will need to watch Lebogang Manyama closely as he is an inteligent player.

“Manyama brought in an element of right level of arrogance (when he replaced Jame Brown in the match against Polokwane City). You could see he is an intelligent player.

“We saw what we saw and we are comfortable we can go tomorrow with a plan.”