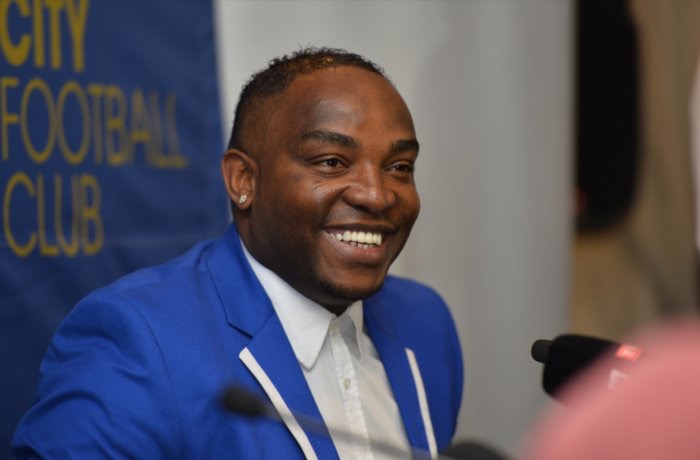 Cape Town City Coach Benni McCarthy says his starting eleven for the MTN8 quarterfinal match against Polokwane City on Saturday will be a huge surprise to many people.

Asked if he has settled on his team for Saturday, McCarthy said we should expect changes, both in terms of playing personnel as well as style of play compared to last season.

“Of course! It is tough because I got to know the guys better and I have a decent relationship with most of them. It is going to be hard as you can only choose eleven.

“I do have my starting eleven in mind and it is probably going to be a hell of a surprise to most.” Said McCarthy

He further explained that he prefers a more pressing game than the counter-attacking football that brought success to City last season.

“The team relied a lot on counter-attacking, allowing teams to play against us and try hitting teams on the counter. I think for me, I want something a little bit different. I want us to put the team under pressure, a lot of high pressing.

“If you do it (High pressing), you have to do it properly. That’s mostly what we have been doing in training, putting teams on the back foot instead of us being on the back foot all the time. We do not want to only rely on counter-attacking like last season.” Concluded McCarthy

The Citizens will be without Aubrey Ngoma and Judas Moseamedi who are both out with long term injuries sustained while on duty with Bafana Bafana.