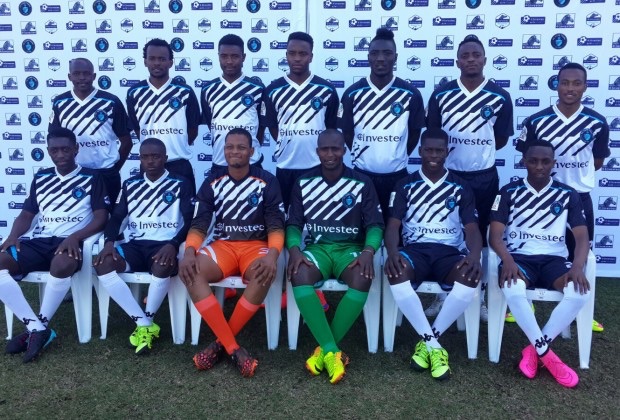 Baroka FC stayed top of the National First Division (NFD) table despite failing to beat Black Leopards in the pick of the matches on Saturday.

The first versus third Limpopo derby clash ended goalless at the Old Peter Mokaba Stadium, with the result enabling the host to move onto 14 points at the summit.

The visitors, meanwhile, dropped down a place to fourth after they were leapfrogged by the new second placed team, Witbank Spurs, who ousted African Warriors 2-1 at Puma Rugby Stadium in Mpumalanga.

Spurs entered the clash in fourth place and went ahead early through Peter Mubayiwa, before the Free Staters levelled the scores.

But Cleopas Dube grabbed the winner to give the Witbank outfit all the points.

Cape Town All Stars failed to capitalise on Baroka’s slip-up and an opportunity to climb top after they were held to a goalless draw by Santos at the Athlone Stadium – a result that saw Dan Malesela’s men stay third.

The People’s Team on the other hand remained second bottom on the log, but can drop to last should Mthatha Bucks beat AmaZulu on Sunday.

Royal Eagles were the big movers on Saturday, jumping four places up the table to fifth place following a Katlego Mphela-inspired 3-2 win over Moroka Swallows at Dobsonville Stadium in Soweto.

The former Bafana Bafana netted twice and added to a goal from Nkhanyiso Cele as the ambitious KwaZulu-Natal side surged up the standings. Swallows have now dipped to 12th on the log.

Another KZN side Thanda Royal Zulu finally broke their duck of having not won any of their opening five matches.

Sherwin Smith (10) had put Amabhubesi in front after 10 minutes before Nasief Morris equalised seven minutes into the second half.

But Renaldo Spandiel snatched what turned out to be the winner less than 180 seconds later as Thanda moved into 11th position.

Finally on Saturday, the other Cape derby went the way of FC Cape Town after they edged Vasco da Gama 2-1 at Parow Park.

Nathan Gertse had given the hosts the lead after 18 minutes, but the visitors staged a superb second half comeback, scoring through Siphiwe Gwala (47) and Moeketsi Mvula’s 89th minute winner.

The result was also FC Cape Town’s first win of the season and moved them to 13th, three places behind Vasco.