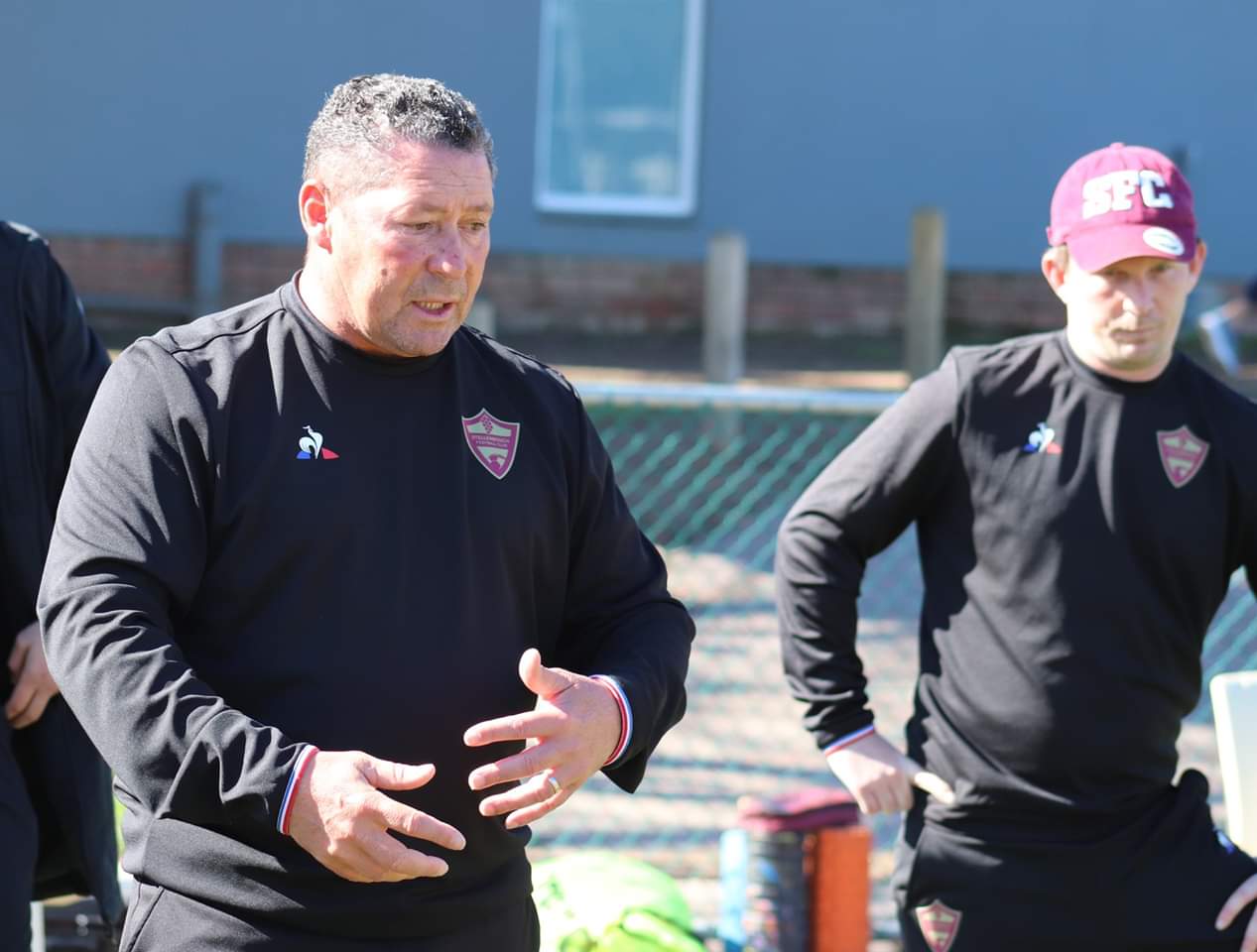 Stellenbosch FC coach Steve Barker says he is happy with his team start in the Absa Premiership going into Maritzburg United match despite having only collected one point from the first two games.

The newly promoted side started the season with an away game at Nelson Mandela Bay stadium, PE against Chippa United and managed to collect a point after playing to a goalless draw before losing 1-0 in the Cape derby against Cape Town City.

Barker is not concerned though. He says he is very encouraged by the performance in the opening two games considering that the team just got promoted and is inexperience having retained majority of the players that were with the team in the National First Division (NFD). However, he feels a win against Maritzburg United is very important considering that they will play as many as six games away from home in the opening eight games.

“It would be nice for us to get off the mark with a win in our first home game. In our first eight games, we do play six games away, so this is a rare occasion that it is our home game which makes it very important match for us. We want to have a good home record this season and it will start on Sunday with a massive effort from the boys. Barker said.

“Leading up to our first game I think we worked really hard behind the scene to build a team that will definitely be competitive in the league. Looking at our first two fixtures, obviously the Chippa [United] game away from home, it was not an easy encounter for us.  Our first game of the season away from home with as many debutants in the team, I think out of a squad of 18, ten players had never tasted any PSL experience. So to have gone away and gained a point valuable point from Chippa, it was a good effort from the players.

“There were definitely areas we needed to improve and work on, which we did. Our Second encounter against Cape Town City, a nice opportunity to have a derby back in the Western Cape. We were massively proud to be able to be part of such an occasion, and I am aware most of you (Media) would probably have been there, it was a great atmosphere. It turned out to be a very competitive game, I thought it was a good derby and we showed that we are capable of playing against anyone in the league. We all know Cape Town City is a really strong team, with intention of challenging at the top end of the league.

“I think we can take confidence from that match, especially last 20 minutes of the second half. I felt we were ultimately unlucky not to get an equalizer. So from that match, the belief and the confidence grew immediately. Although we had lost and there was disappointment, I could also see and sense an excitement among the players. When they now saw that when we believe in ourselves, we can actually do this, we can compete. I think that we can take from that game and build on it. On the log table, 1 point from 6 never looks health but it is two away games hence it makes the upcoming game against Maritzburg United very important for us.

Barker says the foundation has been laid and now it is time to deliver results.

“All in all, I am happy with where we are at this stage in terms of having built a team in a short space of time. The foundation has been laid and now it is up to us, the players and everybody involved with the club to step up and start winning some matches.”

Stellies host Maritzburg United on Sunday afternoon at Athlone stadium. Kick-off is at 15:00.